Election 2020: Not voting is tantamount to causing financial loss to the state — NCCE 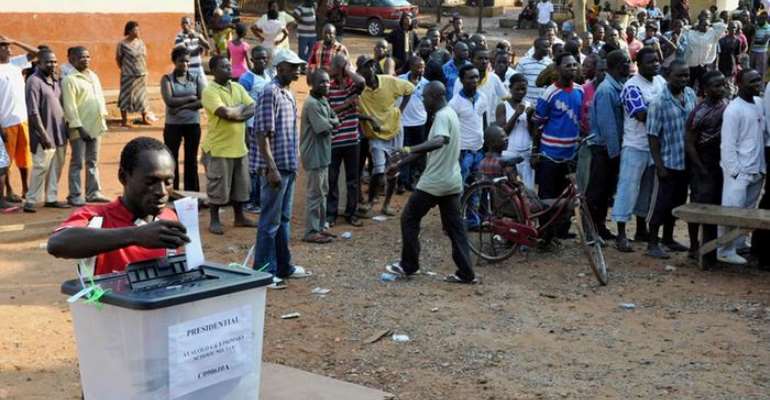 The National Commission for Civic Education (NCCE) has said refusal to vote in the December 7 elections is tantamount to causing financial loss to the state.

The statement was made by Mrs Joyce Afutu; Director of Communications and Cooperate Affairs at the NCCE.

According to Madam Afutu, every citizen is obliged by law to cast their vote in the coming election.

She added that refusing to vote means the money allocated to cater for each citizen's vote will be wasted if he/she refuses to exercise his/her franchise.

Speaking to Prime Morning’s Emefa Adeti on voter education, Madam Afutu reiterated that citizens also cause the wastage of state resources, when they refuse to vote.

“We spend a lot of money printing ballot papers, inks, and other logistics. It becomes troubling when all these go wasted because citizens have refused to vote”

With elections around the corner, some citizens have expressed disinterest in partaking in the exercise. For most of the people interviewed by the Prime Morning Crew, they were ready to vote and save the country.

A few others however declined the need to vote. They cited lost of faith in promises made by politicians and the unavailability of time to go and vote as their main reasons for deciding not to vote.

However, the NCCE maintains that not voting is absolutely unacceptable.

Rawlings came through for me in my difficult moments as Pres...
22 minutes ago