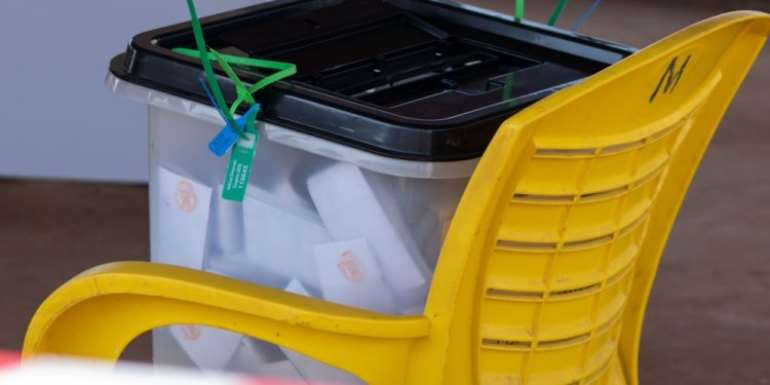 The Electoral Commission (EC), the police and leadership of the two major political parties in Adaklu in the Volta Region have failed to reach a compromise over attempts to relocate voting materials and ballot boxes containing ballots cast during the special voting exercise on Monday December 1.

It follows agitations by some National Democratic Congress (NDC) youth in the area.

But a long meeting among the leadership of the political parties, the police and the EC on Thursday to keep the ballots in the Adaklu Waya police station with a reinforced security presence ended inconclusively.

While the New Patriotic Party (NPP) say the parties have agreed to the new terms, the opposition National Democratic Congress insists, their concerns have not been addressed.

But a spokesperson for the NDC youth, Charles Agbesi told Citi News after the meeting that:

“The indication we got from the police through the EC officer was that they have decided that the materials remain in Adaklu, but they declined our request to fix a seal and lock to the armoury and that is what we are not comfortable with. Once that intention is there, anything can happen and so as a political party, we are not comfortable with that. We cannot trust them because they cannot grant that request. So we are still appealing to the police. The meeting ended inconclusively, so we are going to ensure our vigilance at the station till we move the materials from the custody of the police to the EC office for further distribution”, he lamented.

The NPP Constituency Secretary for Adaklu, Bright Nyatsikor on Eyewitness News indicated that he cannot fathom why the NDC keeps suspecting foul play when the security agencies have assured of the safety of the materials.

“At the end of the meeting, we resolved to allow the ballot materials to be kept at the district police post. We requested the police to beef up security at the police station and also ensure 24-hour security protection. We also asked that we are granted access into the armoury, so we check that the ballot materials are tampered with. Everything was intact; the only difference was that the NDC requested that a padlock should be put at the armoury but that police rejected it which I think isn’t a good thing. So with this, I think, this matter has been dealt with because we have reached an amicable solution.”

Why are you refusing to obey the orders of the Court ? — Jus...
36 minutes ago