Justice Gbadegbe shed tears in Court as he retires today 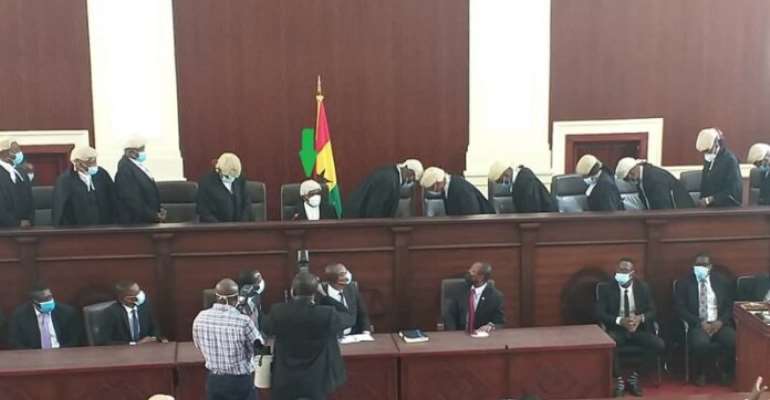 Justice of the Supreme Court, Justice Nasiru Sulemana Gbadegbe broke down in tears while addressing a gathering of Supreme Court judges on his retirement day.

Justice Gbadegbe who has served the Judiciary for 31 years since 1989 in his last day in court read the judgement in the case in which the Supreme Court declared as unconstitutional a Chinery Hesse report recommending pension payment for former Parliamentary.

Justice Gbadegbe after delivering his valedictory judgement in the case of David Apasera and 39 others vs Attorney General took turns to introduce two of his sons who are now lawyers.

The emotionally looking Justice Gbadegbe eventually lost his voice in a packed courtroom with the remaining 16 justice of the apex court now before him including Chief Justice Kwasi An in Yeboah.

He retires at the age of 70 years after 11 years as a Supreme Court judge.