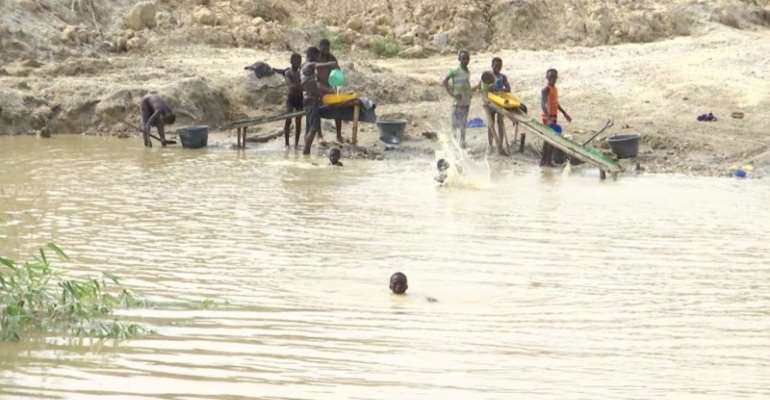 The association says the president's claim of being committed to tackling the problem is a mere political talk as illegal small scale miners go about their work on many of the country's water bodies and in forest reserves without any hindrance.

President Akufo-Addo while on a campaign tour of the Ashanti Region on Wednesday, December 2, 2020, asked for the votes of mining communities assuring them of sustainable mining processes without jeopardizing their sources of livelihood through government's community mining program.

“That is what I said and I still stand by it, and I am not changing my mind on it. We are coming up with policies that will make mining in the country better which is the community mining, which will not collapse the jobs of those involved in it,” Akufo-Addo said.

But the group of licensed small scale miners say the president's claim does not reflect the actual happenings on the ground.

The group contends that the program has rather encouraged galamsey activities further destroying the environment.

President of the Concerned Small Scale Miners Union of Ghana, Kwadwo Peprah in a Citi News interview said that the supposed community mining programme is without a proper blueprint, leaving the illegal operators to go on with their work without caution.

“Our President only said that for political gains because Galamsey activities are rising. We the licensed small scale miners have been relegated to our houses. The community mining approach, there is nothing legal about it. The community mining he is even talking about, we don't know the blueprint for it. It has brought about a lot of illegal activities on our river and water bodies and forest reserves. I don't know what our president is even talking about that he still stands by his word that he is going to fight galamsey, what are we fighting,” he said.

NPP may lose 2024 elections if Bawumia is imposed as flag be...
1 hour ago