By Sofia CHRISTENSEN and Susan NJANJI 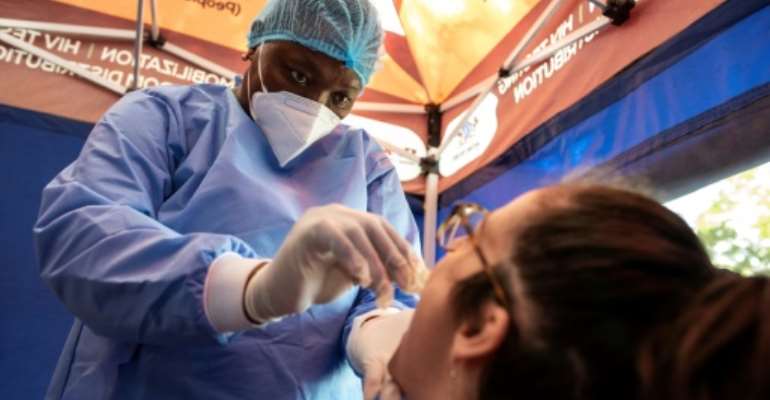 Localised coronavirus outbreaks in parts of South Africa have raised fears that the country could see a resurgence in cases compounded by gatherings during the upcoming festive season.

The national number of new daily cases crept over 3,000 last week, up 50 percent from an average of 2,000 earlier in November.

More than half the increase is driven by infections in the Eastern Cape and around 25 percent by cases in the Western Cape.

"(The) small cluster outbreaks which we are seeing... are transient," Health Minister Zweli Mkhize said during an emergency trip to the Eastern Cape last week.

"Something has to be done," he stressed.

South Africa's coronavirus transmission rate had slowed significantly after infections peaked in July, with less than three daily cases detected per 100,000 people between the end of August and the start of November.

"We are not in a second wave, but in these two provinces... we are in the midst of a resurgence," said the government's chief Covid-19 advisor Salim Abdool Karim.

If the new outbreaks are not contained, he warned, it would be "just a matter of time" before the uptick hits the whole country.

Hospitals in the Eastern Cape's largest city of Port Elizabeth are already struggling, although local government officials insist they are coping. 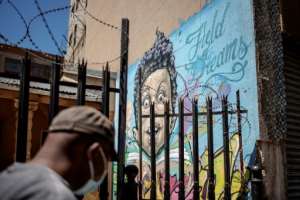 "Hospitals indeed are overwhelmed with much higher numbers of patients... some say even higher than in July," said MSF doctor Colin Pfaff, project medical response coordinator in the province.

"Facilities are struggling with lack of staff," he added, blaming "chronic deficiencies" and coronavirus infections among healthcare workers.

More beds are being added, "so we still have capacity to treat cases," he added.

While the provincial government insists hospitals are neither "full" nor "overflowing", the national doctors association this week accused the health ministry of failing to adequately support "overworked" staff.

In the Western Cape, authorities are pondering targeted restrictions.

"We must first do everything possible, through our individual and collective action to ensure the resurge is rolled-back," Western Cape Premier Alan Winde said.

Coronavirus has infected over 792,000 people in South Africa and killed more than 21,600 despite months of strict movement restrictions.

President Cyril Ramaphosa has ruled out a second lockdown for the time being.

The first nationwide shutdown earlier this year severely battered Africa's most industrialised economy, throwing at least 2.2 million out of work.

Nationally, pressure is on to rein in new infections before the end-of-year holidays, when millions of people criss-cross provinces to spend Christmas with family and friends.

Hopes are also set on a coronavirus vaccine after several recent significant breakthroughs.

"Evidence that an effective vaccine against coronavirus is possible... brings new hope," Ramaphosa said in a recent address. 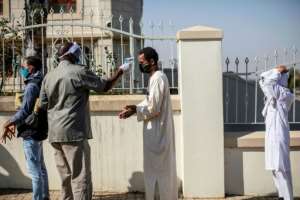 South Africa is scrambling to contain coronavirus infections after a recent flare-up. By Michele Spatari (AFP/File)

"Ideally we would like to vaccinate 70-80 percent of the population, but that is not going to happen anytime soon," said vaccinologist Shabir Madhi, who heads two of South Africa's trials, citing logistical and cultural challenges.

But even a target of around 30-40 percent of the adult population "would assist us greatly," he added.

Finance Minister Tito Mboweni has also set 500 million rand ($33 million) aside for immunisation and vowed to raise at least another 5 billion ($330 million).