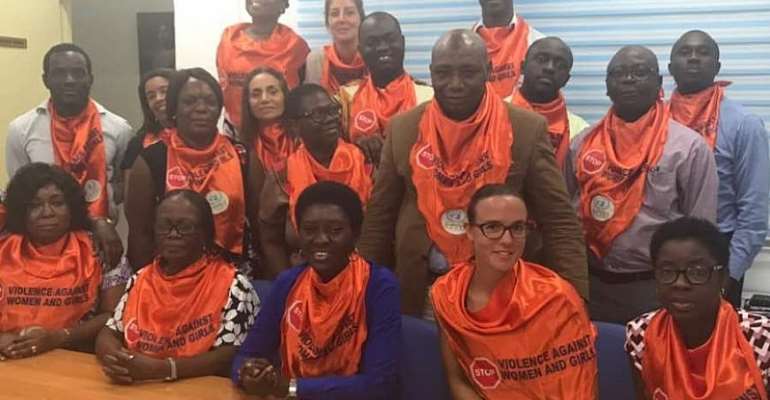 The 16 Days of Activism against Gender-Based Violence activities starts on 25 November and ends on 10 December, under the theme: "Orange the World: Fund, Respond, Prevent, Collect!".

Globally, a series of activities are planned to make the strongest call ever to end all forms of violence and discrimination against women including the United Nation’s Secretary-General campaign – Unite to end violence against women.

Sexual and Gender-Based Violence (SGBV), described as the shadow pandemic, occurs worldwide. It is estimated that one in three women experience either physical or sexual violence in their lifetime. Facts and figures provided by the UN Women, show that 35 percent of women have ever experienced physical and/or sexual intimate partner violence, or sexual violence by a non-partner, and this figure does not include sexual harassment. Further, it is estimated that of the 87,000 women who were intentionally killed in 2017 globally, more than half (50,000) were killed by intimate partners or family members. This is alarming.

According to UN Women this is one of the world’s most prevalent human rights violations, which has serious short- and long-term physical, economic and psychological consequences on the victims. It prevents their full and equal participation in society. The magnitude of its impact, both in the lives of individuals and families and society, is immeasurable.

The local context reflects the Global situation. According to the Ghana 2016 survey on domestic violence, 27.7% of Ghanaian women had experienced at least one form of domestic violence (physical, economic, psychological, social, and sexual violence).

In the face of these statistics, research supports the fact that women and girls are likely to experience up to 3.7 times more domestic violence in crisis situations such as in health pandemics than at other times. This is because disease outbreaks, such as COVID-19, affect women and men differently and exacerbate prevailing gendered inequalities and vulnerabilities, increasing the risks of abuse.

During pandemics, women and girls are at higher risk of experiencing intimate partner violence and other forms of domestic violence due to heightened tensions in the household. In the case of COVID-19, SGBV has even been referred to as the ‘shadow pandemic and the repercussions have been serious in many settings.

In the recently UNFPA-supported reporting system following the commencement of the pandemic in Ghana, over 4,000 cases were logged and reported to the Domestic Violence and Victims Support Unit (DOVVSU) between March and May 2020. This is just the tip of the iceberg.

The most vulnerable are those who are poor, marginalized, non-literate, unemployed, and those with disabilities, among others. These segments of the population are likely to suffer the most due to existing inequalities, including, dependence on intimate partners for financial support with its resultant risks for exploitation, inadequate information on the pandemic, and challenges in accessing well integrated, affordable, and quality SGBV response services, largely as a result of limited coordination and availability of referral mechanisms.

The indicators above reveal that gender-based violence is serious cancer that must be given all the needed attention for its elimination from our societies and the world.

Ghana has robust policies and laws and is also a signatory to international and regional human rights frameworks that aim to prevent and respond to SGBV; The Civil Society Organizations (CSOs) community and partners are also making numerous efforts to create awareness on the issues of SGBV in coordination with the national gender architecture. However, the needed progress is yet to be realized. On this occasion of the global commemoration of the 16 Days of Activism against Gender-Based Violence, the United Nations System in Ghana calls on stakeholders to rally around the global theme to end all forms of discrimination against women and girls. It is important that we organize, brainstorm, build synergies, form partnerships and work together to ensure that:

The UN system pledges its support to the people of Ghana and stands ready to support national efforts to address SGBV in all its forms. 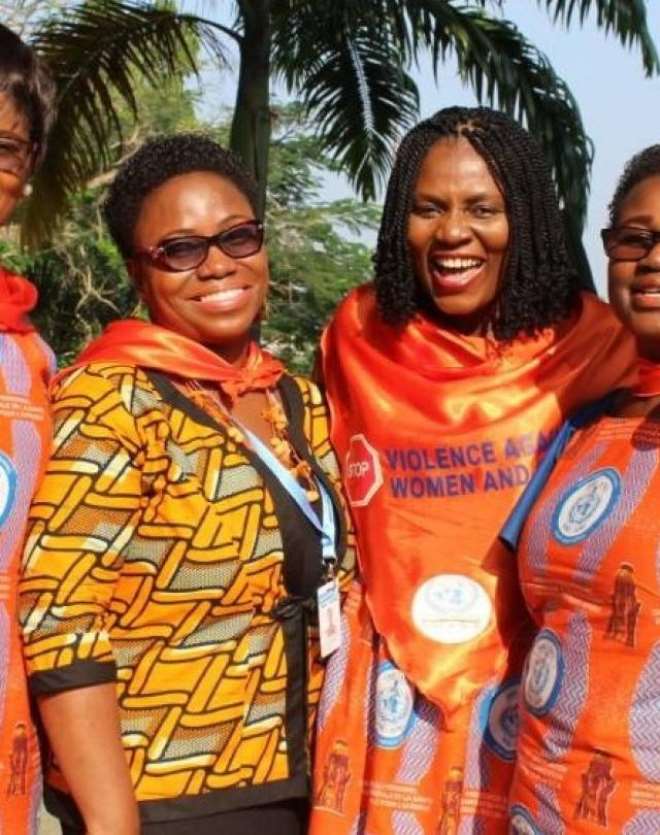