The EC and the Mother Serpent 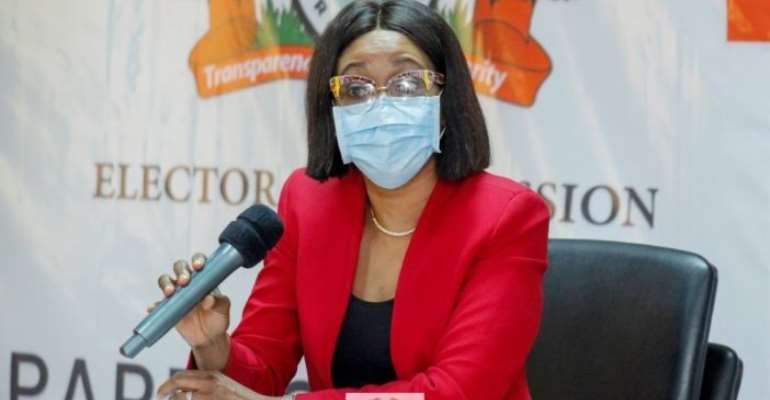 Folks, as you know, the December 7, elections are very close, and the eyes of Umbrellite people red paa. They want to burrow into the skin of Yaanom like npruka, I hope you know npruka; that small wingless blood-sucking insect called a tick.

Many years ago, a white missionary came to Ghana to evangelise, and there was a mammoth crusade to win souls for Christ. But something went wrong: interpretation of the Evangelist's sermon to the local language was poorly done, and it caused some problems.

"In Genesis 22: 12 -13, God told Abraham not to lay his hand on his son Isaac, but instead kill and sacrifice to Him an ewe caught by its horns in a thicket," preached the Evangelist."

Interpreter: God told Abraham not to lay his hand on Isaac but rather kill that Ewe boy for sacrifice.

The congregation started murmuring, and so the preacher suspected that there was a problem with the interpretation. "God told Abraham not to touch Isaac, but to kill the ewe," emphasized the Evangelist.

The congregation started screaming, and the preacher was feeling embarrassed. "I said ewe, an animal," explained the Evangelist.

"I'm referring to the Ewe boy," shouted the interpreter in vernacular.

Interestingly, a little boy from the Volta Region who was at the crusade took to his heels because he taught the preacher was referring to him. In actual fact, what the interpreter did not know was that ewe is a female sheep and Ewe is an ethnic group.

Saying one thing and doing something different could cause serious confusion. And it is on the basis of this that the Eye zu people are accusing the EC of being in bed with Yaanom, and kikikikiki, the EC boss has responded. Agyeei, do you want to know what she said? Chai, your ears dey sweet you paa, lol.

Jean Adukwei Mensa in response to the accusation by the Eye za people said that if indeed she is in bed with Yaanom, she would have given birth to two kids by now. Abakade, see how BBC captured this in pidgin: "If I dey in bed plus government like I born two kids by now," Ghana EC Chairperson shade critics.

Eiwoo, in another development, tongues are wagging oo. People are calling me to find out from the President what he meant by "Ghana is open to business again," during his inaugural speech on 7th January 2017. They are saying that ever since the President made that statement so-so "business" dey boom oo, dem dey mention Agyapa, PDS, AMERI, etc.

Laa ilaa, ilaa laa, amanfuo could be awfully bad paa! Dem dey say that if EC born pikin plus Opana, the pikin go be called Serpentvi (Baby Serpent). No be me dey talk oo, I no dey want any trouble wai.