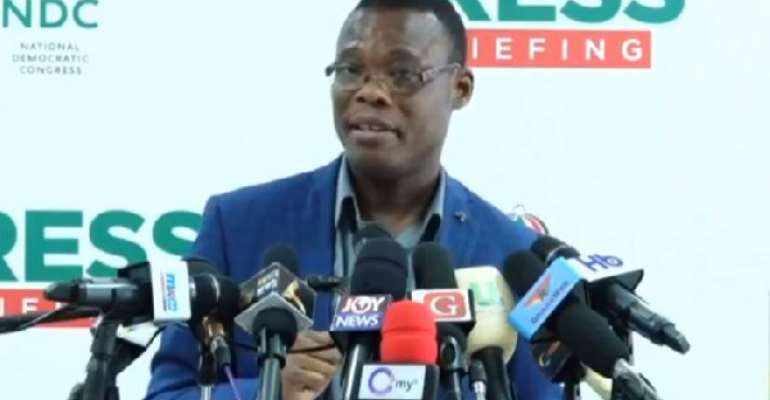 The opposition National Democratic Congress (NDC) is daring President Akufo-Addo to submit himself to the traditional deity to prove his innocence in a matter in which he is alleged to have received $40,000 as bribe from an individual ostensibly to influence his office.

The party says the president has over the last four years hidden behind Christian rhetorics to defraud the state by superintending over dozens of corruption scandals.

Addressing a press conference in Accra on Tuesday, December 2 to present what the party says are incontrovertible evidence of the president engaged in bribe-taking, former Deputy Finance Minister and MP for Ketu South Fiifi Kwetey said the latest revelation confirms his party’s long-held view that the New Patriotic Party (NPP) was only deceiving Ghanaians while it parades itself as a saint fighting corruption.

“I come from Nogokpo in the Volta Region and a few of you know Nogokpo, you dare not lie.

“If President Akufo-Addo actually says he is not corrupt, let him come with me to Nogokpo and see whether he can lie there, he will not.

“Because in the name of this ‘Holy and Holy’, he can swear in the Bible and lie because there is no fear.

"When it is that you know that you cannot escape, you will not be able to lie and we will be able to establish that to you that all the things you are going to see the man,” he said.