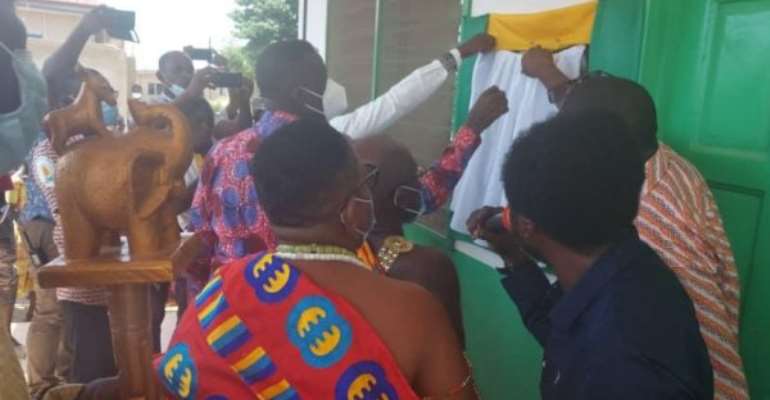 The Western Regional Minister, Mr Kwabena Okyere Darko-Mensah, has said government was committed to the achievement of universal healthcare, with primary health as its foundation.

He said it was in view of this that government was pursuing the agenda 111 to build District hospitals across the country.

Mr Darko-Mensah said this at the Commissioning of a CHPS compound value at more than 495.000 cedis for the Komfuefu community in the Shama District.

The Regional Minister said the facility would also benefit the people of Dwomo, Shama Junction, Graveldo, Ituma and its environs all in the Shama District.

He said apart from providing curative health, the facility would also be used to promote preventive health Care in areas such as maternal health care and child welfare clinics.

He pointed out that the establishment of the facility would support the provision of expanded and dedicated health Care service which hitherto was difficult to access.

Mr Darko-Mensah commended the chiefs and other opinion leaders of Komfuefu for the co-operation they accorded the District Assembly and health authorities and called on them to be part owners of the facility and guard it with proper care and be committed to its maintenance.

The District Chief Executive, Mr Joseph Amoah commended the contractor for working within schedule and appealed to the staff at the facility to give out their best.