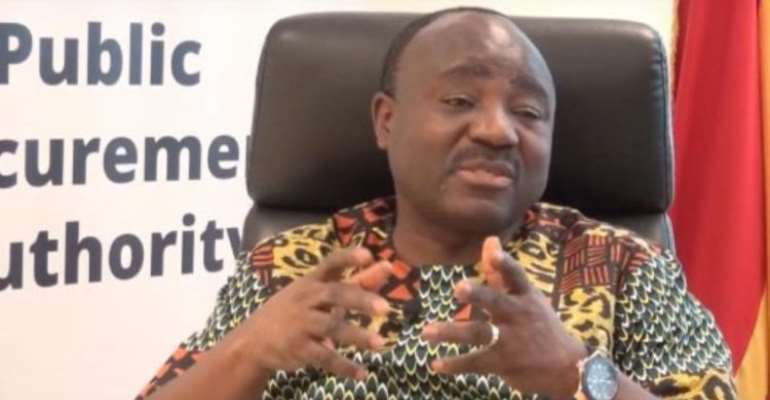 He claims he was not treated fairly in the 'Contract for Sale' probe conducted by the institution.

The suit filed at an Accra High Court on November 27, accused CHRAJ of breaching the principle of natural justice by keeping certain key information from him and his lawyers.

He argued that he was kept in the dark over witnesses whose testimonies CHRAJ relied on to make the judgment.

Mr. Adjei said that his lawyers were not given the chance to cross-examine the witnesses and also he was not made to answer certain findings made by the commission in its work.

He noted that CHRAJ made “several site trips to several locations to gather evidence which it relied on to arrive at their decision.”

But Mr. Adjei said he was “never invited to be present at any of these site trips, nor was I allowed to respond or cross-examine the evidence gathered at these site trips.”

“By denying me the opportunity to access, respond and cross-examine statements, witnesses and evidence that the respondents relied on to arrive at their decision, the [CHRAJ] acted in breach of natural justice and failed to give me a fair hearing. If given the chance to access, respond and cross-examine the various documents, witnesses and evidence relied on by [CHRAJ] in their report, I would,” he added.

Mr. Adjei is thus urging the High Court to quash CHRAJ’s report and expunge it from the records.

He is also asking the court to revoke the President Nana Addo Dankwa Akufo-Addo’s directive asking him to vacate his post which was premised on a request by CHRAJ.

CHRAJ had said the money accrued in Mr. Adjei accounts since assuming office in 2017 stood at GHS 14.8 million from his four Dollar and Euro accounts held at two banks .

According to CHRAJ, Mr. Adjei could not satisfactorily explain the source of the large volumes of excess wealth that passed through his bank accounts between March 2017 and August 2019.

Mr. Adjei, who was earlier suspended in August 2019, was sacked by President Akufo-Addo on October 30, 2020, based on recommendations from CHRAJ.

CHRAJ after investigating Mr. Adjei found him guilty of conflict of interest in the performance of his duties after sidestepping procurement procedures for personal gains.

He was caught in compromising positions in an investigative piece put together by freelance journalist, Manasseh Awuni Azure in 2019.

In the investigative piece, a company known as Talent Discovery Limited (TDL), owned by Mr. Adjei, was found to be getting government contracts through restricted tendering and selling those contracts to others for profit.

The President referred the corruption aspects of the case to the Office of the Special Prosecutor to probe and that of conflict of interest was handed to CHRAJ.