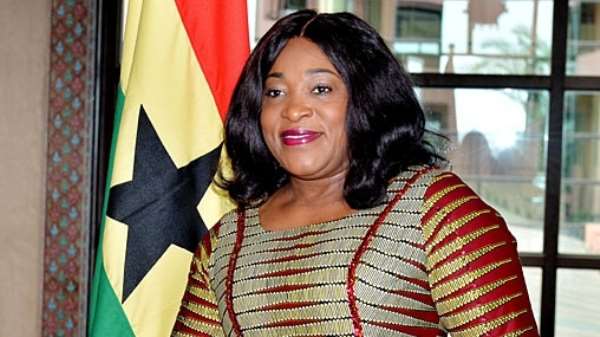 Member of Parliament for Anyaa-Sowutuom, Shirley Ayorkor Botchwey who doubles as Minister of Foreign Affairs has responded to critics who took her on over some comments she made against actor and politician John Dumelo.

On one of her campaign platforms, Ayorkor Botchwey suggested that Parliament is too serious a place for John Dumelo who is seeking to become the Member of Parliament for the Ayawaso West Wuogon constituency on the ticket of the National Democratic Congress.

She added that if the constituents fail to give the incumbent MP, Lydia Seyram Alhassan the nod and rather vote for John Dumelo, they will always be watching movies.

“If you mistakenly vote for John Dumelo instead of Lydia Alhassan, you'll always be watching movies at the movie theatre,” Ayorkor Botchwey added.

This did not go down well with a lot of creatives including Van Vicker.

To most of these showbiz people, her statement is an insult to the intelligence of those in the creative sector.

The bone of contention by most of the creatives like Van Vicker is that, she could simply have stated John Dumelo's weaknesses without bringing in what he does for a living, especially when she alluded that Parliament is for serious business and that John will only show movies to his constituents if he wins the MP bid.

However, in a press statement, Ayorkor Botchwey said she has a lot of respect for the creative industry and that her comments were particularly targeted at the political incompetency of John Dumelo and not the entire creative industry.

The MP stated that she has championed a lot of creative arts projects in her career as a politician and that she does not look down on the industry.

Read her full statement below: 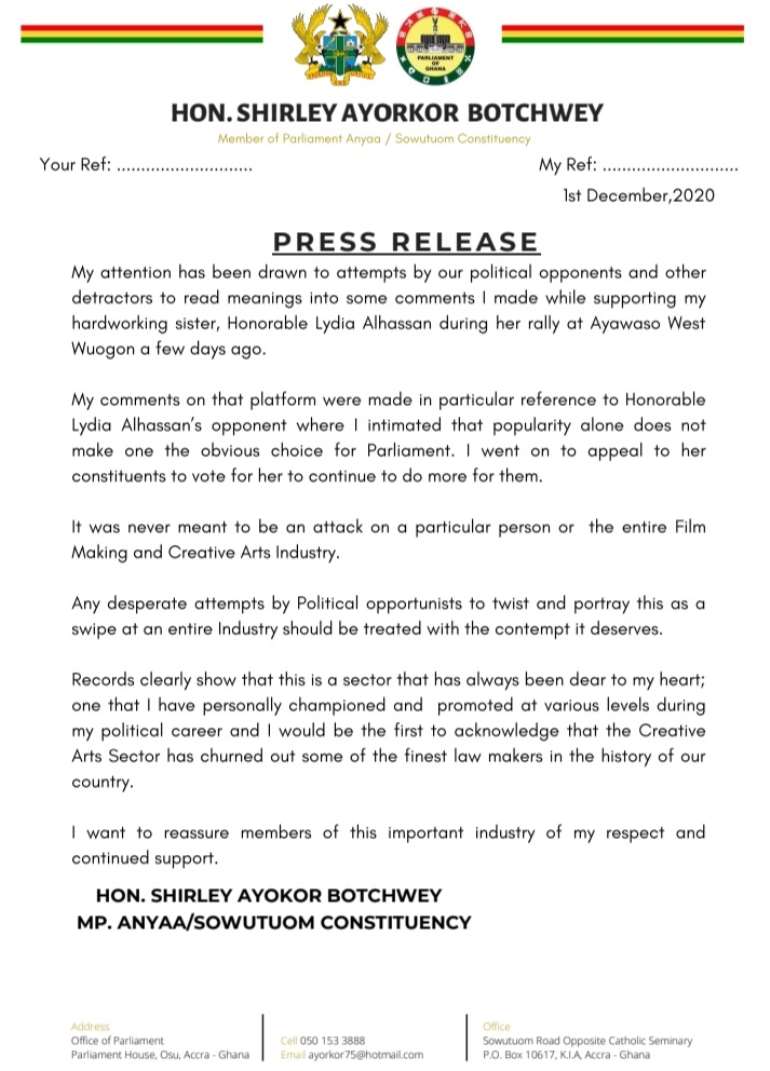 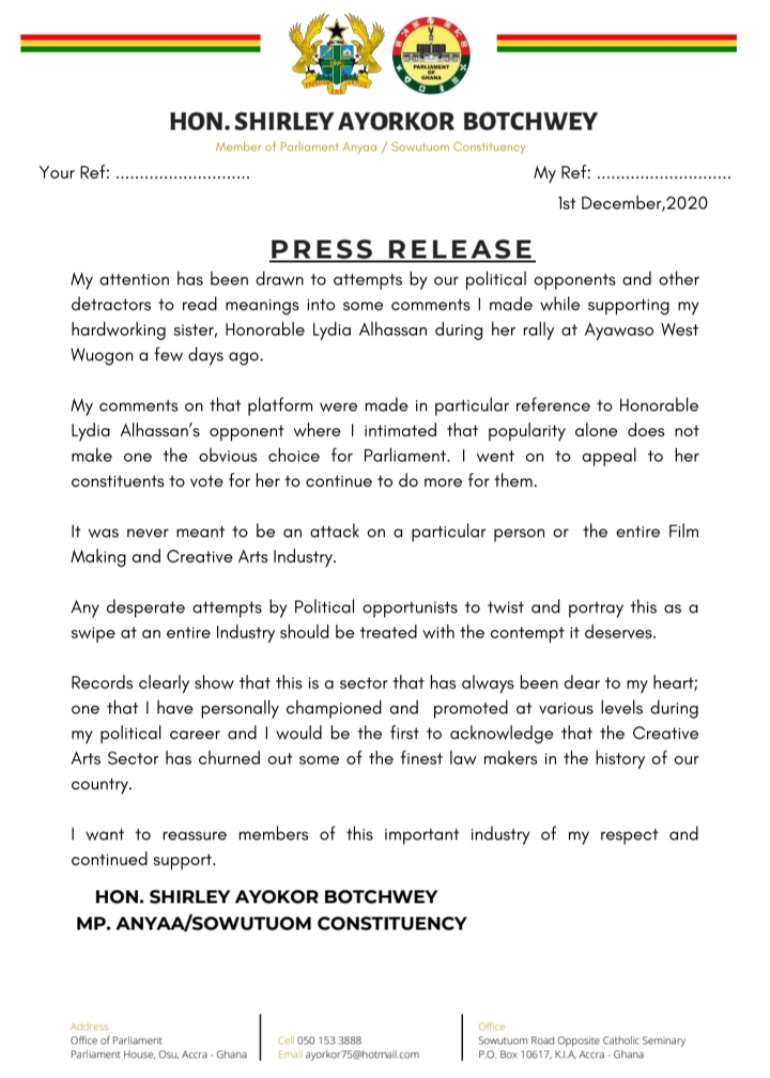