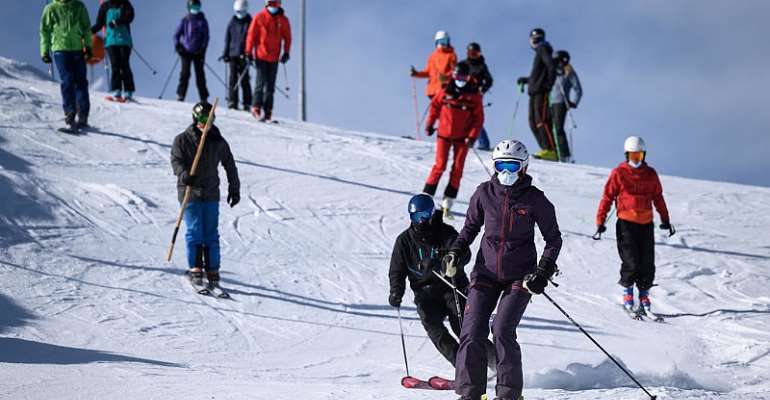 France has announced measures to dissuade its citizens from going to ski resorts in neighbouring countries over Christmas, in a bid to curb the spread of Covid-19. Despite ski resorts having the green light to reopen from 15 December, ski lifts are not allowed to operate, provoking an angry reaction from local business owners and tour operators who protested on Wednesday.

French prime minister Jean Castex said on Tuesday afternoon that the government was considering putting into place a seven day quarantine for French citizens who return from a ski trip in a neighbouring European country during the Christmas break.

Random checks would be carried out on the borders with Spain and Switzerland, after the current partial Covid-19 lockdown is lifted from 15 December.

"The conclusion to be drawn from this is simply not to go skiing in Switzerland,” Castex said.

He added that the police from the regions concerned would be in charge of the controls, and that cross-border workers would not be affected.

Downhill skiing is effectively banned in France for the Christmas holiday season to help contain the spread of Covid-19 after the government said last week that ski lifts would remain closed until January, even though resorts could otherwise operate.

France and Germany have called for an EU-wide ban on skiing over Christmas, against strong opposition from Austria, while Italy and Spain have yet to decide.

Switzerland -- not an EU member, though it has strong ties to the bloc -- has ignored calls to fall into line, much to the frustration of French officials.

Risky Apres-ski
When asked about its position on the debate, the World Health Organisation said on Tuesday that it didn't want to get involved, but warned of the dangers of contamination in airports, buses, ski lifts and pinch points, and "apres-ski" social activities.

"If there are countries that keep their resorts open, there will be controls to dissuade the French," French President Emmanuel Macron told a news conference on Tuesday.

"It's their right to open, but I will continue to protect my citizens by preventing them from contaminating themselves,” he insisted, adding that the measures were also intended to avoid "creating a situation in which there is an (economic) imbalance with stations in France".

Meanwhile, France's ski resorts have been up in arms over the ski lift ban, saying the weeks around Christmas and New Year are crucial for their survival since they account for up to a quarter of their annual revenues.

Tourism groups such as ADN have called on the public to sign a petition to demand Macron change his position.

France's winter sport sector says it generates some 11 billion euros in revenues per year and employs 120,000 people during the season, not to mention the revenue coming from overseas tourists.

Despite the government's announcement of an extended financial aid package to the sector, ski lift operators and other local business owners organized a protest on Wednesday in two major ski hub towns of Bourg d'Oisans in Isère, and Bourg-Saint-Maurice in Savoie as well as online campaigns.