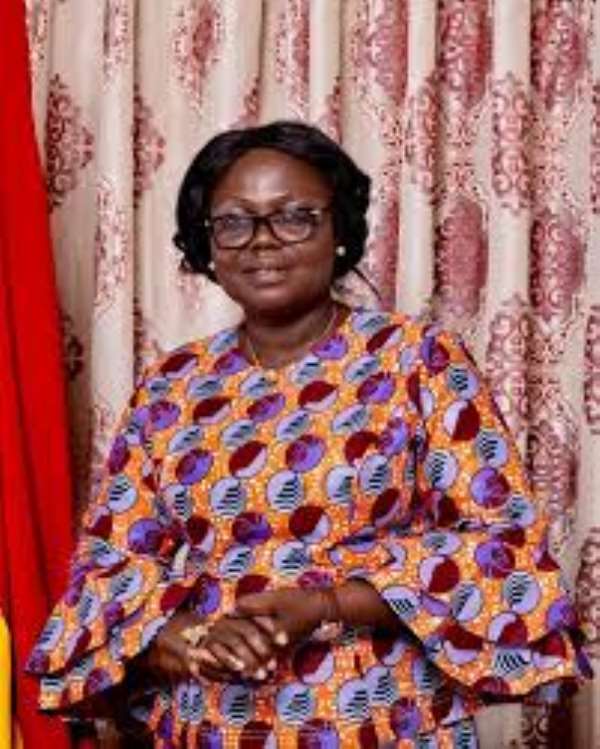 The Sunyani Municipal Chief Executive, Justina Owusu Banahene has made a passionate appeal to all Ghanaians to vote for peace on Monday’s general elections and avoid any act that could mar the process.

She said the country has come a long way in safeguarding her democratic principles and that everything must be made to protect and consolidate the gains made so far by all well-meaning Ghanaians.

Madam Owusu Banahene was speaking at separate interactions with five congregations last Sunday as part of her series of outreach programmes aimed at educating people on the upcoming general election, especially on the need to conduct themselves peacefully before, during and after the polls.

Churches visited included the Methodist Societies at Liberation Barracks and Wawasua, Calvary Baptist Church at Kotokrom, Calvary congregation of the Presbyterian Church at Baakoniaba and the Sunyani Central Assembly of the Glorious Inheritance Church.

The Sunyani MCE assured the people of the President’s commitment to ensuring peace and stability in the country and called on all Ghanaians, especially politicians to join hands in preaching peace and unity amongst the populace.

She advised against ethnocentric comments and all acts of violence or lawlessness on the part of the public, adding that anyone who attempts to cause disorder during this electioneering period would be dealt with accordingly.

“I am calling on all actors in the political space to join Nana Akufo-Addo and NPP government to ensure the maintenance of the peace and stability of our country, and to conduct ourselves in a manner devoid of violence and ethnocentrism”, she emphasized.

She also advised the youth not allow themselves to be used by any unscrupulous persons to foment trouble in their communities but rather focus on profitable ventures that would better shape their lives.

Madam Owusu Banahene was of the opinion that considering the excellent performance of the current government, Ghanaians would overwhelmingly endorse the President’s second term bid for him to continue his good works.

She said beside the implementation of pro-poor policies such as the much-talked about Free SHS, Planting for Food and Jobs and One-district, One-factory, among several others, President Akufo-Addo together with his vice, Dr. Mahamudu Bawumia have effectively managed COVID-19 in the country.

She therefore called on Ghanaians to come out in their numbers and vote massively for Nana Addo-Dankwa Akufo-Addo, who is number one on the ballot paper as well as the various NPP Parliamentary Candidates, who are also placed on the same position on the ballot paper.