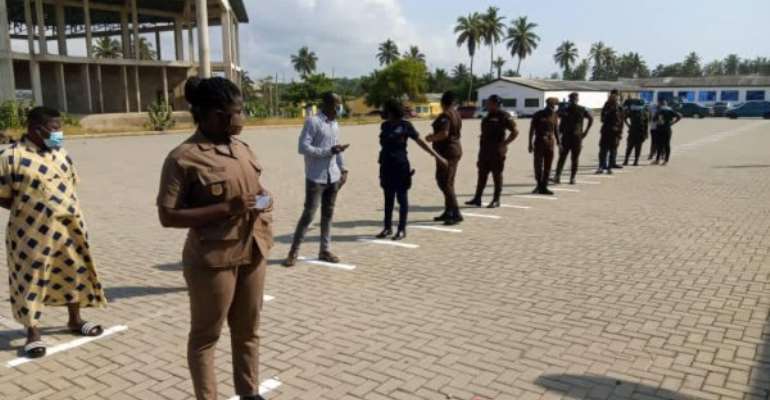 Some nine people out of the 432 who are expected to undergo the special voting in Effutu Constituency could not find their names on the register at the Police Command and Staff Collage, at Winneba on Tuesday.

They have been asked to visit the polling stations where they registered to vote on the December 7.

When the Ghana News Agency visited the polling station around 1030hrs, some of the voters were in long queues awaiting their turn.

There were party observers while the Coronavirus safety protocols were also being strictly adhered to.

Some of the personnel stated that the exercise was good because it will help them to concentrate on their work on the day of election rather than leaving their duty post to their various polling stations to cast their votes.