Agyapa Assessment Report
By Martin A. B. K. Amidu 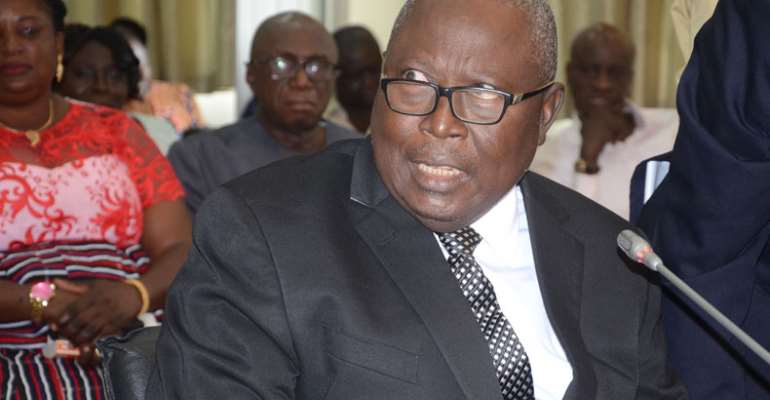 The orchestrated and well-planned manifestation of political retribution against me for professionally conducting and reporting on the Agyapa Royalties Limited Transactions and my subsequent resignation from my position as the Special Prosecutor became clear when on 18th November 2020 I received a WhatsApp of the Office of the Special Prosecutor Budget Performance Report (2018-2020) which had been widely distributed to the media intended to demonstrate that the OSP had been adequately funded and its lack of operationalization was entirely my fault as the then Special Prosecutor. On the same day I again received from some members of the media through WhatsApp a trove of documents constituting correspondence between the Office of the President and the OSP also intended to demonstrate that the Presidency had done everything to provide the OSP with suitable accommodation which I rejected. The documents were also intended to demonstrate that even when the keys to the ten (10) storey GETFund building (albeit empty and unfurnished) were to be handed over to me I rejected them without any just cause. I resigned on grounds of the reactions by the President to the Agyapa Royalties Transactions Report, but public attention was being diverted through spinning and propaganda to peripheral issues of Office accommodation.

As a result of my report on the Agyapa Royalties Limited Transactions and resignation the Presidency decidedly leaked the following letters with reference numbers SCR/DA 96/135/01/A dated 18th September 2020 to me as the then Special Prosecutor and signed by the Hon. Aksosua Frema Osei-Opare, the Chief of Staff; SCR/DA 96/135/01/A dated 11th September 2020 addressed to the Special Prosecutor, also signed by the Chief of Staff and copied to the Hon. Minister of Finance; a Memo to the Chief of Staff from the Ag. Chief Director in the Presidency dated 15th September 2020 under the signature of Mr. H.M. Wood; OSP/SCR/20/11/20 dated 14th September 2020 under my signature and addressed to the Chief Director, Office of the President; and a six (6) page Memo to the Chief of Staff from the Ag. Chief Director dated 18th August, 2020 all intended to falsely and maliciously assassinate my character and integrity. This was knowingly done in false and indecent support of the President’s official letter responding to me personally after he had accepted my resignation letter dated 16th November 2020 based principally on his reaction to the professionally conducted Agyapa Royalties Limited Transactions Report.

The 1992 Constitution enjoins the President and the Government of Ghana to practice good governance based on “Freedom, Justice, Probity and Accountability” and to avoid infringing on the rights and freedoms guaranteed the individual citizen under the Constitution. The disclosure of half-truths by the President to do wrong to any citizen or person living under the protection of the 1992 Constitution of Ghana for performing his professional duty in reporting on a statutory matter such as the Agyapa Royalties Transactions is inconsistent with and contravenes the Presidential Oath of office contained in the Second Schedule of the Constitution. My letter dated 3rd August 2020 to the Hon. Chief of Staff assigning responsibility for the inability of the Office to operationalize was deliberately suppressed from the trove of half-truth correspondence and memos circulated by the Presidency on the night of 17th November 2020 to the media which the media forwarded to me. The media itself published my letter of 3rd August 2020 to show that the President had suppressed it and to let the public know as a matter of their constitutional right some of the half-truths deliberately published about me by the President of Ghana in flagrant breach of his Presidential Oath of office.

The sovereign public is entitled as a matter of their Constitutional right to know everything about the subject matter the Government chose to put into the public domain through the media to assassinate the character and integrity of a fellow citizen under the Constitution just for performing a statutory professional duty in conducting an anti-corruption assessment, such as the Agyapa Transactions. This is the only way the 1992 Constitution enjoins that it be defended under a Government of the rule of law, democracy, and constitutionalism. It is in exercise of my constitutional right to defend the Constitution that I am demanding that the President does the right thing to my person under the presidential oath by having the following letter also published to the media to enable the sovereign people who constitute the public to make an informed decision as to any wrong doing I might have committed leading to the non-operationalization of the OSP during my tenure of office as the Special Prosecutor before my resignation on account of the President’s reaction to the Agyapa Royalties Transactions Report:

The citizens of Ghana and I are entitled to the publication of the foregoing letters and any other that will enable them to make an informed judgment as to the justification for the publication of the half-truths contained in the trove of documents released by the Presidency to the media on 17th November 2020 to coincide with the President’s official response to me personally after earlier accepting my resignation on account of his reaction to the professionally conducted Agyapa Royalties Transactions report. The President has a duty under the Constitution to uphold the integrity of the 1992 Constitution once he directed the publication of the trove of half-truth documents from his Office to divert attention from my resignation based on his reaction to the Agyapa Royalties Transactions report. The Constitution must be defended, come what may. Ghana First!