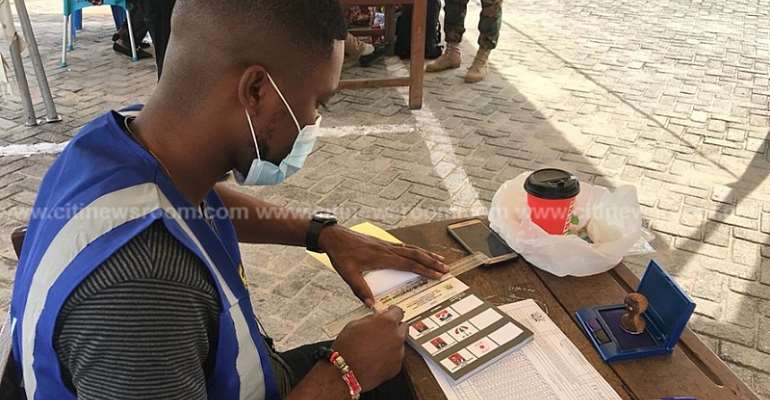 Confusion almost broke out at the designated special voting centre for the Bortianor-Ngleshie-Amanfro constituency when supporters of the opposition National Democratic Congress (NDC) objected to the sharing of food by suspected New Patriotic Party (NPP) members within the voting centre.

The centre which is expecting 201 members of the security services, personnel of the National Ambulance Service, accredited media persons, the National Media Commission and staff of the EC to vote had seen about 40 people vote by 9 am.

Speaking to Citi News about the development, the NDC parliamentary candidate for the area, Alexander Ackuaku said the Electoral Commission needs to take steps to prevent such occurrences from happening as they can potentially lead to issues come December 7th.

On his part the parliamentary candidate for the NPP in the Bortianor-Ngleshie-Amanfro constituency, Sylvester Tetteh absolved his supporters of any wrongdoing and urged the NDC to rather focus on canvassing for votes ahead of the December 7 polls.

“We have breakfast, lunch and snack for our agents. Because it is a special voting day, some executives were lending support to our agents there and some of them were also observing the process for the first time. So when you are taking breakfast to your people obviously you will not take for two or four people.”

“Our agents are allowed to be fed at the premises. I have seen instances where you take a drink to the polling centre, an NDC agent will take it. It does not influence the vote.”

A total of 109,577 persons are casting their ballots for their preferred presidential and parliamentary candidates in the special voting exercise currently ongoing across the country today.

Why are you refusing to obey the orders of the Court ? — Jus...
40 minutes ago