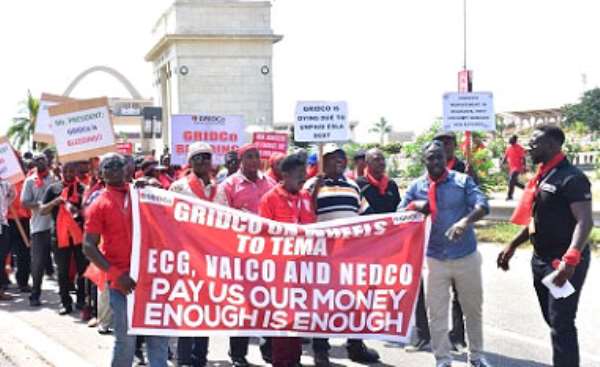 Workers' Union of the Ghana Grid Company (GRIDCo) Ltd has announced it is hoisting red flags in all locations of the company, following the failure of management and board to furnish it with information on the 2020 wage opener negotiations.

In a press statement issued Friday at Tema, signed by Francis Kwadwo Adjartey, Divisional Union Chairman, on an update and action plan, the union directed all staff to wear red armbands on Tuesday, December 1, 2020, to be followed by a sit down strike on Wednesday, December 2, 2020.

“We expect all staff of GRIDCo to support this action plan. Enough is enough,” it emphasized, indicating that “As at November 27, 2020, no information has been received.”

Copies of the statement were served to the Standing Joint Negotiating Chairman, PSWU General Secretary, Director of Human Resource and Services, and the Senior Staff Association.

The said meeting between management and board took place at Akosombo on November 26, 2020.

“Therefore the union is coming out with this action plan, that is, if by Monday, November 30, 1:00pm, no information has been received on the 2020 wage opener.”