Vendée Globe: High seas rescue for French skipper whose yacht 'broke in half' 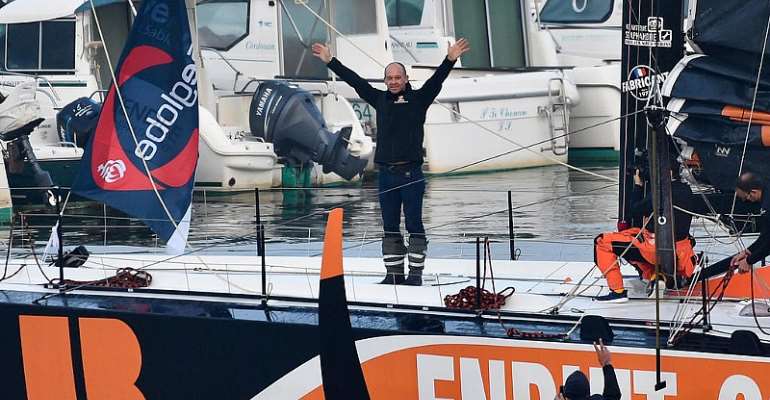 A French skipper forced to abandon ship during the Vendée Globe yacht race was rescued early Tuesday in a “difficult operation” 11 hours after triggering a distress beacon.

Kevin Escoffier was plucked from his life raft at 1am local time in the Atlantic Ocean off South Africa's Cape of Good Hope by rival skipper and compatriot Jean Le Cam.

Vendée Globe organisers said they had received a message from Le Cam informing them of the successful rescue, which took place in the darkness.

"A huge relief. Kevin is well onboard Hubert safe and sound," Le Cam tweeted, referring to his own monohull.

The 40-year-old Escoffier, who was unharmed, was seen smiling and in good spirits in a video posted online.

Reports said he endured swells of five metres and water temperatures of 10 degrees Celsius while in the Roaring Forties, an area known for its breakers and high winds.

His yacht, PRB, was a new style of "foiler" or "flying boat" that lifts out of the water on a foil in high winds.

In an interview with BFMTV, Vendée Globe race director Jacques Caraès said "the structure of the boat broke in two" and sank.

Le Cam and three other skippers involved in the search operation will be able to return to the round-the-world race, with the hours taken for the rescue deducted from their overall competing time.

The 1986 Nobistor Affair meant to overthrow the Rawlings-led...
6 minutes ago

Check the dignitaries at Rawlings' funeral
33 minutes ago