Scores of supporters of opposition National Democratic Congress (NDC) within the Tema East constituency on Monday night massed up at the Tema Community 11 police station to demand the release of their parliamentary candidate for the area, Nii Ashai Odampten.

According to information picked up by Citi News, the parliamentary candidate is being held by the police for failing to meet a bail condition he was given by an Accra court on counts of alleged embezzlement while he was Mayor of Tema.

The incumbent MP, Titus Glover who is being accused as the brain behind the arrest has on several platforms alleged that the former Mayor and parliamentary candidate for Tema East, Ashai Odampten signed a number of shady contracts during his tenure as mayor and called for his arrest.

However, scores of party faithful last night upon hearing about the detention of their candidate trooped to the community 11 police station to demand his release.

One of the supporters who spoke to Citi News said the arrest of the aspiring parliamentarian is unlawful.

“We are here because our incoming MP has been arrested. The work he has done within 3 years is unprecedented. The sitting NPP MP has not been able to do anything close to what Ashai Odampten has done. They cannot just arrest him like that. You have to send him a letter and if he refuses to come, then you arrest him. It is unlawful to just arrest him. We love the man.” 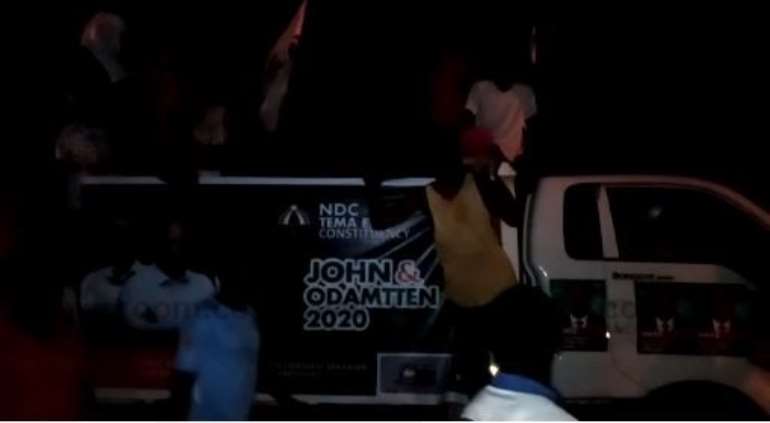 The party supporters mounted roadblocks in front of the police station and attempted to set some car tyres ablaze to express their anger.

They also threatened to destroy properties of the NPP in the constituency.

There is possibility of a lockdown, other restrictions – Opp...
24 minutes ago