Is Mahama really returning to correct his mistakes? 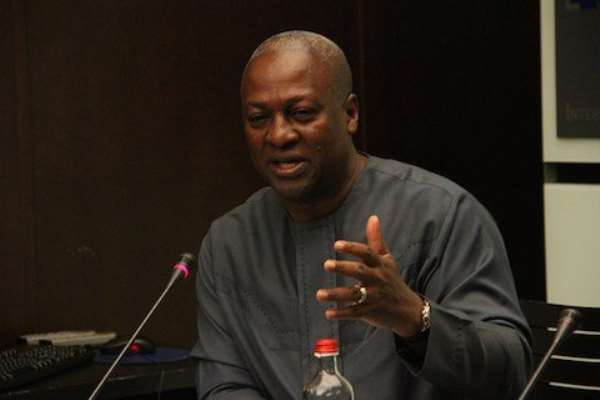 I was not the least astonished to hear that former President Mahama has finally owned up to the calamitous errors in decision-making which led to the massive economic mess.

Truth must be told, the former President made catastrophic mistakes during his time in office and therefore could not steer the nation to the right direction.

As a president, Mahama really disappointed the good people of Ghana with his laisser-faire style of leadership and the electorates rightly voted him out in 2016.

That being said, we have been witnessing unbridled reactive emotional responses from the diehard supporters of NDC ever since they lost the 2016 general elections to the NPP.

Some of us, as a matter of fact, cannot get our heads around how and why former President Mahama and his teeming supporters would move heaven and earth to reclaim the presidency despite the terrible errors of judgement amid massive economic meltdown.

Ironically, however, Ex-President Mahama is moving up and down the country and castigating President Akufo-Addo who has been fixing the unprecedented mess left behind by the erstwhile NDC administration.

Contrary to former President Mahama’s sophistic assertion, discerning Ghanaians have overcome their memory loss if the 2016 election is anything to go by.

You may believe it or not, discerning Ghanaians were not much pleased about the GH12 million import tax evasion by the sibling of former President Mahama, Ibrahim Mahama. Indeed, but for the Honourable Agyapong’s whistling blowing prowess, Ghana would have been GH12 million worse off.

If you may remember, following the NDC’s humiliating 2016 election defeat, the Honourable Kennedy Agyapong came out and told Ghanaians that former President Mahama’s brother, Ibrahim Mahama, had been evading import taxes over the past few years.

It is, therefore, quite bizarre that the NDC loyalists, who are currently enjoying uninterrupted electricity, low inflation, tax reductions, favourable economic growth, gargantuan savings on free SHS amongst others, are gleefully clamouring for the return of Ex-President Mahama and their beloved NDC.

But despite the harsh socio-economic standards of living back then, President Mahama and his vociferous apologists kept trumpeting their vague rhetoric , political insobrieties and meaningless slogans: ‘Mahama Tuaso’; ‘We care for you’; ‘people matter, you matter’; ‘we are transforming lives’.

The vociferous NDC communicators could not have solicited votes from Ghanaians who were extremely aggrieved about President Mahama’s freebies to all sort of people, including Madam Akua Donkor of Ghana Freedom Party (GFP) of two four wheel drive cars and a luxury bungalow (estimated to cost a staggering $470,000) for no work done.

Verily, no one would have listened to the NDC’s electioneering campaigners when no meaningful efforts were put in place to stop the numerous bribery and corruption.

The Mahama loyalists must accept the fact that discerning Ghanaians could not have forgotten the terrible errors of judgement which culminated in economic hardships amid the unbridled business crippling ‘dumsor’ for well over four years.

On the whole, the reflective observers are of the view that the successive NDC governments have proven to be worst economic managers who can never improve upon the socio-economic standards of living of Ghanaians.

It would, therefore, seem that the vast majority of the modern day politicians ostensible preoccupation is to manipulate their way to power and pursue their vested interests.