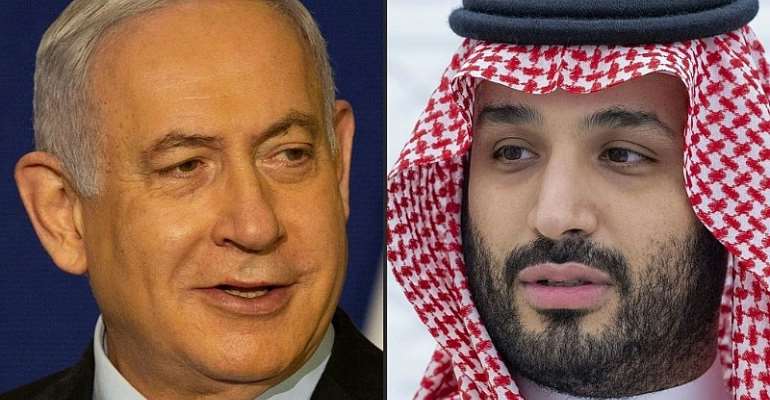 White House senior adviser Jared Kushner and his team are headed to Saudi Arabia and Qatar this week for talks in the wake of the assassination of Iran's top nuclear scientist in Tehran. The visit may complicate US president-elect Joe Biden's plans for the Middle East.

US presidential adviser Jared Kushner is to meet Saudi Crown Prince Mohammed bin Salman in the Saudi city of Neom later this week, the news agency Reuters reported on Sunday.

Kushner will then travel to Qatar, where he will met the Emir, Sheikh Tamin bin Hamad al-Thami. Kushner will be joined by Middle East envoys Avi Berkowitz and Brian Hook and Adam Boehler, chief executive of the US International Development Finance Corporation.

According to President Trump's Middle East peace plan, presented in January under the title Peace to Prosperity, “if more Muslim and Arab countries normalise relations with Israel it will help advance a just and fair resolution to the conflict between Israelis and Palestinians, and prevent radicals from using this conflict to destabilize the region.”

Neither Qatar nor Saudi Arabia has yet agreed to sign normalisation accords with Israel.

In visiting Qatar, Kushner may try to heal a years-long rift between Qatar and other Arab states. Bahrain, along with Saudi Arabia, the UAE and Egypt, have maintained an air, naval and land embargo on Qatar since June 2017 in a dispure over relations with Iran and radical Islamist groups. Qatar denies the charges.

Meanwhile, Saudi Arabia says that it can talk to Israel only after the Jewish state withdraws from lands occupied during the 1967 Middle East war.

In recent years, Saudi Arabia and Israel have grown closer through concerns about their common enemy, Iran. “Iran has become an influential factor in areas of the Middle East, which could impinge upon Israeli security. Iran's strategy seeks to encircle Israel, using Lebanon, Syria and Gaza, and encircle the Kingdom of Saudi Arabia Iraq, Bahrain and Yemen," according to the US plan.

“Iran hopes to establish a 'land bridge' that stretches from the Iran-Iraq border to the Mediterranean Sea. All of Iran's activity must be considered in determining the State of Israel's security needs,” according to the document.

Iran, the odd man out

Nothing in Trump's Middle East Peace initiative offers an opening to Iran. In May 2018, Trump unilaterally walked away from the Joint Comprehensive Plan of Action (JCPOA) aimed at curtailing Tehran's suspected nuclear weapons program.

Later on, the US moved its embassy to Jerusalem and declared Israel's occupation of the Golan Heights 'legitimate.' Now, a Sunni-Israeli alliance seems to have come into existence, aimed at Iran and its proxies.

On 16 November, the New York Times reported that Trump “asked senior advisers in an Oval Office meeting” about what options he had to “take action against Iran's main nuclear site in the coming weeks”. According to the newspaper, the meeting occurred a day after international inspectors reported “a significant increase in the country's stockpile of nuclear material”. A number of senior advisers then “dissuaded the president from going ahead with a military strike”.

On 22 November, the Israeli Prime Minister, accompanied by Mossad chief Yossie Cohen reportedly visited Saudi Arabia, where they met with Crown Prince Mohammed Bin Salman, and US Secretary of State Mike Pompeo. No details of the meeting, which was initially denied by Riyadh, but never by Israel, were disclosed.

Five days later, Iran's Press TV reported the killing of Mohsen Fakhrizadeh in Tehran by unidentified assailants. Western and Israeli governments believe Fakhrizadeh was the architect of a secret Iranian nuclear weapons program. No one has claimed the killing yet. The EU has condemned it as “a criminal act that runs counter to the principle of respect for human rights the EU stands for.” Iran vowed to swiftly revenge the killing, but has not yet acted.

The situation will complicate US president-elect Joe Biden's Middle East strategy. Biden will follow former President Barack Obama's policy which aimed at engaging Tehran. Biden has already stated that he will try and get the Iran back to the JCPOA. Much will now depend on Tehran's reaction to the recent killing.