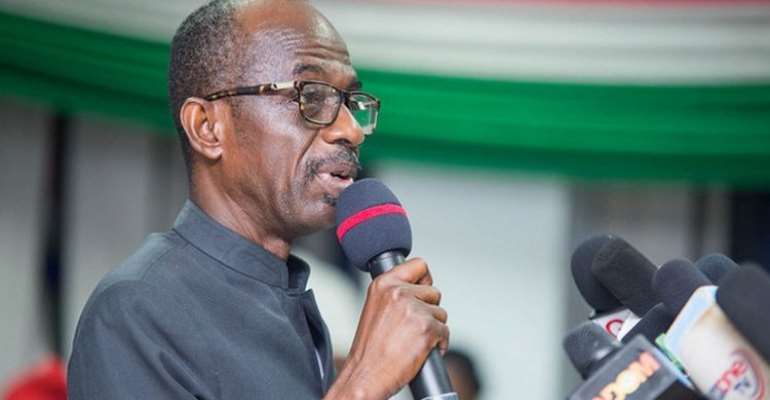 The General Secretary of the National Democratic Congress Johnson Asiedu Nketia has called on Ghanaians to consider a vote against the Akufo-Addo government in the December polls as ‘communal labour’.

According to him, Ghanaians cannot continue to live under the “family and friends” government of the Akufo-Addo administration.

Addressing supporters of the NDC after a march in Accra Monday, Mr Nketia said the President has put the interest of his family ahead of the national interest.

“This President has only enriched his family since he took over the seat. The only people gaining wealth are people with Kyebi names and people with names such as Ofori Atta, Otchere Darko and Addo Danquah. This nepotism cannot be allowed to continue. Some Ghanaians are now changing their names just to secure jobs, the problem is not our names, it with bad leadership and Akufo-Addo must go. Voting them out is communal labour and we must deliver it,” he said.

The NDC embarked on the Probity and Accountability March in conjunction with other Political Parties and Civil Society Organizations (CSOs) in honour of the memory and legacy of the Founder of the NDC and Ghana’s 4th Republic, Flt. Lt. Jerry John Rawlings”.

The party says it believes that it is imperative to rally Ghanaians to uphold and respect the principles of probity and accountability enshrined in the 1992 Constitution of Ghana, particularly at this time that corruption and nepotism have reached unprecedented levels in the country.