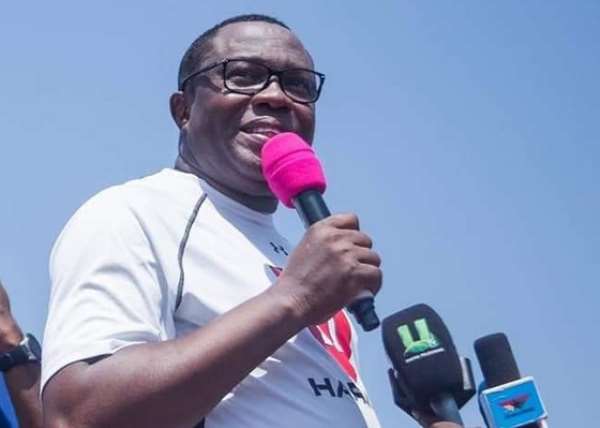 The National Chairman of the opposition National Democratic Congress (NDC) Samuel Ofosu Ampofo says the Electoral Commission will have no option than to declare former President John Mahama winner of the December polls after Ghanaians elect him.

“And for the electoral commission, you will have the most difficult and unpleasant duty of declaring John Mahama as President-elect. And let me sign this caution, we have heard about some moves on how results will be channelled to the EC headquarters, we want to tell the EC that we will not agree to anything IPAC has not agreed to,” Mr Ofosu Ampofo told a crowd of NDC supporters at their probity and accountability march in Accra Monday.

Also addressing the gathering, the General Secretary of the NDC Johnson Asiedu Nketia called on Ghanaians to consider a vote against the Akufo-Addo government in the December polls as ‘communal labour’.

According to him, Ghanaians cannot continue to live under the “family and friends” government of the Akufo-Addo administration.

“This President has only enriched his family since he took over the seat. The only people gaining wealth are people with Kyebi names and people with names such as Ofori Atta, Otchere Darko and Addo Danquah. This nepotism cannot be allowed to continue. Some Ghanaians are now changing their names just to secure jobs, the problem is not our names, it with bad leadership and Akufo-Addo must go. Voting them out is communal labour and we must deliver it,” he said.