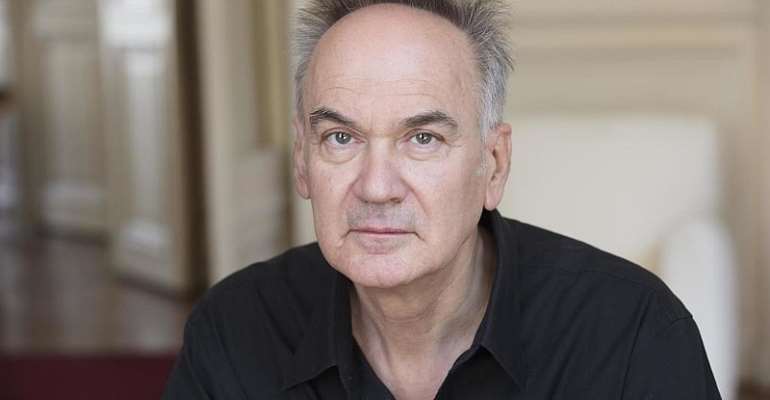 The Goncourt prize has been awarded to Hervé Le Tellier for his novel "L'Anomalie". In literary circles, the is the French equivalent of the Pulitzer Prize, in other words the highest honour for writers. The announcement was delayed to coincide with the re-opening of book shops which had been closed during France's second Covid-19 lockdown.

The prestigious award is traditionally presented by the ten-member jury in the Drouant restaurant in Paris's Opera district at the beginning of November, but the Covid-19 crisis has forced restaurants, bars and cafés to remain closed until at least mid-January.

Instead, the Goncourt Academy decided to hold off announcing their verdict via video conference so as to coincide with the re-opening of book stores, closed since the end of October because of the Covid-19 epidemic.

At 12h30 local time, Hervé Le Tellier was awarded the Goncourt 2020 prize for "L'Anomalie" (The Anomaly) published by Gallimard. His strange, cleverly constructed novel full of suspense has already gained quite a following.

Le Tellier, a 63-year-old mathematicien and former journalist, won with eight votes to two against "L'Historiographe du royaume" (The chronicler of the kingdom) by Maël Renouard, a detailed account of life in a Moroccan court in the last century.

Also in the running was "Les Impatientes" (éditions Emmanuelle Colas) by Cameroon writer Djaïli Amadou Amal, a poignant account, based on personal experience, of women forced into marriage.

"Thésée, sa vie nouvelle" The new life of Theseus, by Camille de Toledo (éditions Verdier), a soul-searching look at the weight of family inheritance was another of the four finalists.

Shortly afterwards on Monday afternoon, the Renaudot prize for best novel was awarded to Marie-Hélène Lafon for  "Histoire du fils" (The son's story; Buchet/Chastel), a saga spanning the century ending in 2008. The prize for best essay was awarded to Dominique Fortier, for "Les Villes de papier" (Paper cities; Grasset).

Instead, authors can count on a significant boost to their sales.

The usually vibrant French books sector has suffered from lockdown closures due to the Covid-19 crisis, and many stores reverted to “click and collect” to keep their businesses afloat.

This year's Goncourt featured new jury members, appointed to address accusations of a conflict of interest, as revealed in a report on Saturday by the New York Times.

Journalist Bernard Pivot stepped down as president at the end of 2019, and writer Virginie Despentes resigned at the beginning of 2020.

The essayist Pascal Bruckner, and the novelist Camille Laurens have since joined the 2020 jury, overseen by jury president Didier Decoin.

Journalist and writer Jérôme Garcin resigned in March from the Renaudot jury to protest in favour of having more women members of the jury. He was replaced by Georges-Olivier Châteaureynaud.

The Goncourt Academy has had only two female presidents since it was established in 1903.