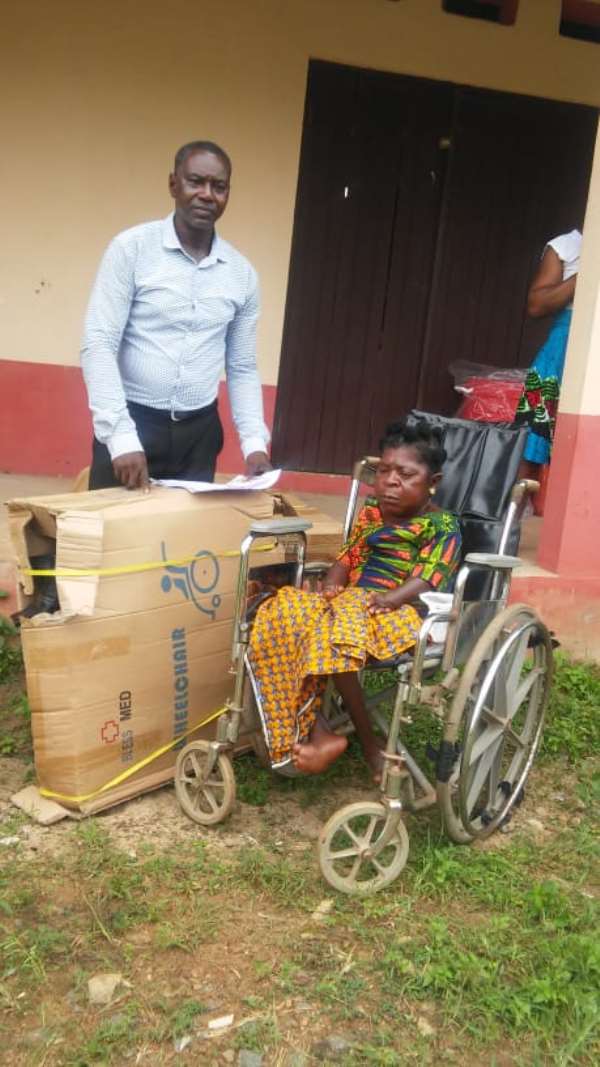 The Akatsi South Municipal Assembly in the Volta Region has supported Persons With Disability (PWDs) within the municipality.

A total of 18 people made up six females and 12 males received the items.

Mr Leo Nelson Adzidoga, the Akatsi South Municipal Chief Executive (MCE) and the NPP Parliamentary Candidate in his speech during the occasion, pleaded with the PWDs to use the items for the right purposes and not to sell it to others.

He urges them to come out and vote massively for the ruling NPP party on the election day.

Mr Emmanuel Dorkordi, the Municipal Director for Social Welfare and Community Development explained that the group of PWDs were the second batch of people to receive the items this year.

He added that the funding of the items came from three percent of the allocation made from the Municipal Assembly Common Fund.

Some of the PWDs expressed their gratitude and thanked the MCE and his government for coming to their aid in these difficult times.

They assured the items would be used appropriately for their own good.