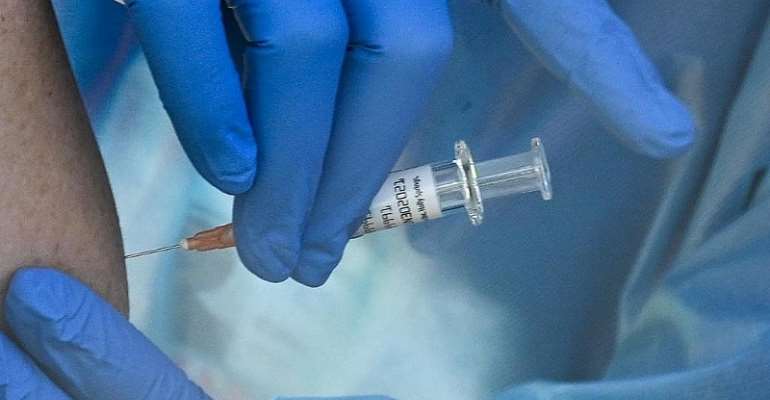 France's national health authority, the Haute Autorité de Santé (HAS) has drawn up its recommendations to the government on the roll out of vaccinations against Covid-19.

The government is to announce the details of the programme this week.

It's unlikely that having a vaccination against Covid-19 will be compulsory in France. The HAS recommends that uptake should be voluntary. President Macron also suggested on Tuesday that he did not favour an obligatory vaccination.

Instead, it's hoped that the vast majority of people will be persuaded by information campaigns that a vaccination is an attractive choice personally as well as being of benefit to wider society.

French Prime Minister Jean Castex and Health Minister Oliver Véran said last week that if all goes well the vaccine roll out could start at the end of December or in early January.

The HAS today outlined a 5-stage suggested plan for the vaccination rollout.

Care Homes priority
The estimated 750,000 residents in Care Homes would be the top priority. Staff in Care Homes who have underlying health issues or are over 65 would also be vaccinated in this first stage. The HAS says around 90,000 to 100,000 people fall into this group.

The next phase of the programme would concern those aged over 75 but not living in Care Homes. It is unclear whether people working to care for this group would also be vaccinated at this stage.

Phase 3 would concern the population both under and over 50 who are at risk because they have existing health problems. All remaining medical, socio-medical and all other workers considered vital, such as teachers and the police would also be vaccinated in phase 3.

Phase 4 would include those whose work means they are in close regular contact with the public within a confined space, such as supermarket workers. People considered generally vulnerable such as those living in psychiatric facilities, as well as prisoners and homeless people would also be vaccinated at this stage.

Flu vaccination programmes example
The Authority recommends that only after all of these populations have been vaccinated, or offered a vaccination, should people aged between 18 and 50 years old who have no serious underlying health conditions be given vaccinations, if there are enough doses left.

Other details, such as how the vaccinations will be administered, whether by family doctors or in large vaccination centres, are to be outlined this week.

Romain Gizolme, head of Ad-pa, the Association of Directors of Services to the Elderly, pointed out told Franceinfo radio on Monday that it was important that elderly people living at home as well as the carers who work with them, had easy access to the vaccine.

He suggested that for the elderly, the distribution of the flu vaccine in France was an example to follow, where the vaccine could be purchased in a pharmacy and administered by the family doctor.