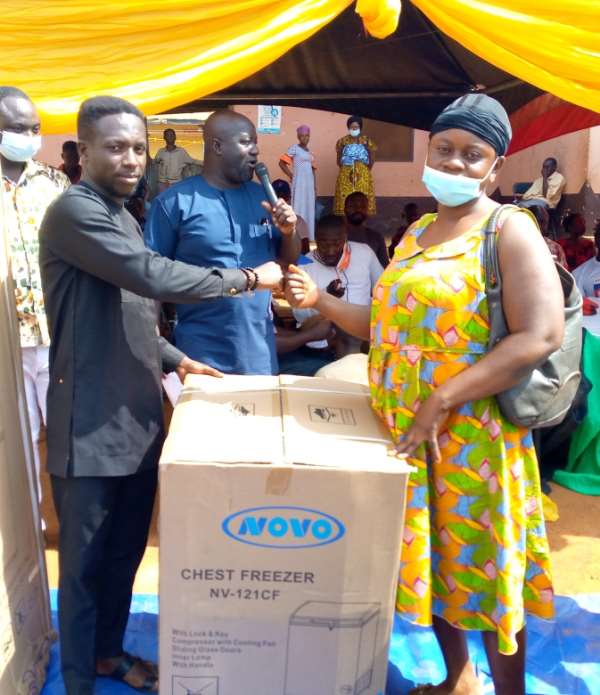 The Asunafo South District Assembly through its District Disability Fund Management Committee has provided income-generating items among others to over 60 Persons With Disabilities (PWDs) to help improve their lives.

The items presented at a brief ceremony at Kwapong include deep freezers, wheel chairs, farm animals, cheques for educational and medical supports and the rest.

In an interview with the District Chief Executive (DCE), Osei Bonsu Senior, the items provided is to empower beneficiaries and also to help eliminate issues relating to street begging in the district.

He said the assembly which has provided support for PWDs on four different occasions remains committed to ensure that the due percentage share of the common fund allocated for PWDs to enhance their livelihood.

Osei Bonsu Senior advised them to make good use of the items because the assembly has instituted a committee to monitor and deal with those who will not use the benefited items as expected.

The District PWD Chairman, Vincent Yaw Manu, thanked the government for constantly supporting them and advised the beneficiaries to desist from selling the items because such an act is an offense.

He, therefore, encouraged them to make use of the items to better their lives and also to send a signal to the government that its initiative is the best and fruitful to the entire PWD sector. He told those who have not received their support to remain calm because the assembly is on top of issues.

Nana Forkuo Boobi, Chief of Kwapong who chaired the occasion which was graced by the clergy, families of PWDs, assembly staff, public, and the rest, expressed gratitude to President Nana Addo and his team for streamlining the initiative to assist PWDs in the country.

In his explanation, the current way of assisting PWDs in Ghana is far better than how they (PWDs) were handled in the previous government.

He advised the beneficiaries to use the item profitably.

Few beneficiaries interviewed eulogized the government and the assembly for always giving a helping hand for their lives to be improved. They assured the assembly of making use of the provided items. 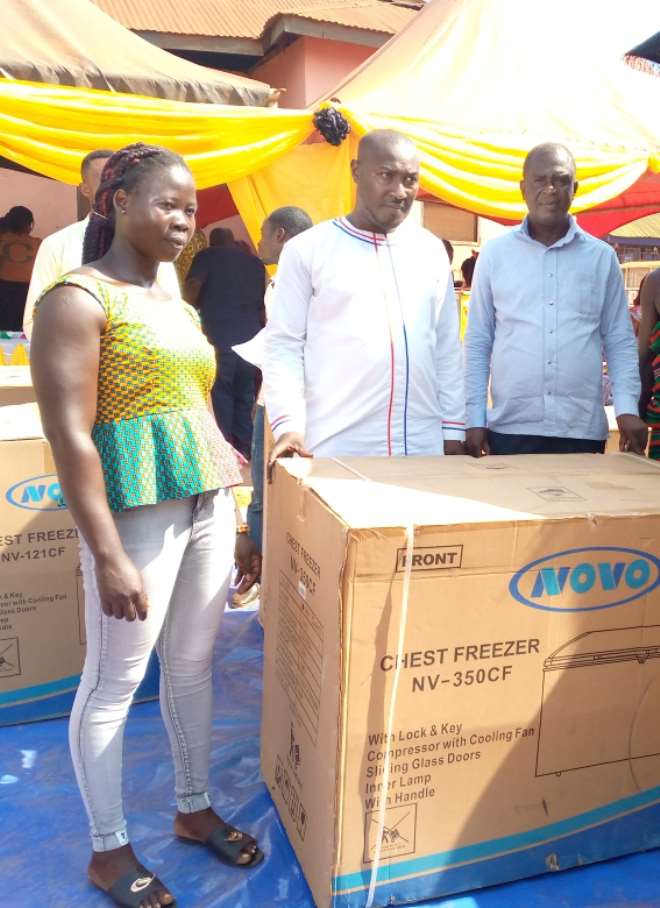