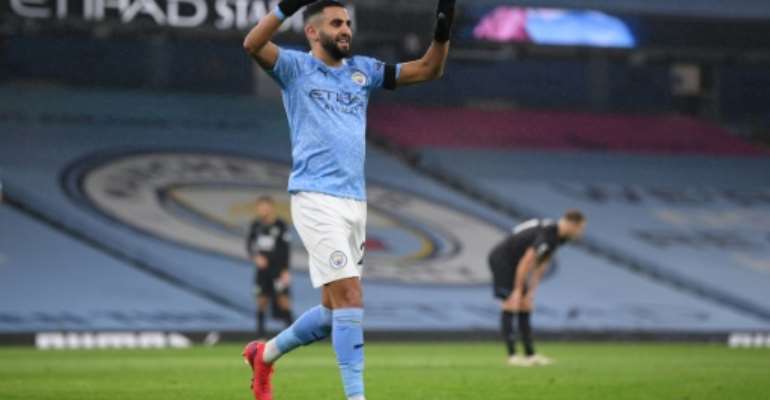 The 2016 African Footballer of the Year, famed for his lethal left foot, completed the treble at the Etihad Stadium with a rare headed goal.

"We knew it was going to come," said the 29-year-old of the goal rush that kept Burnley in the relegation zone.

Here, AFP Sport rounds up the performances of African stars in the major European leagues.

The winger inspired Manchester City's 5-0 demolition of Burnley. City had scored just 10 goals in their previous eight league games, but with Mahrez's first goals for Pep Guardiola's side since September they ran riot. "It has been frustrating sometimes. Every game we created chances but were not scoring," Mahrez said. "We worked a lot in training to be more in the box and arrive more."

The Egypt forward had a frosty moment with Liverpool manager Jurgen Klopp after being substituted during a 1-1 draw at Brighton. Salah looked disappointed when taken off in the 64th minute, gesticulating in frustration and ignoring Klopp when the German put a consoling hand on him. Salah has failed to score in his two appearances since returning from Egypt after contracting Covid-19. "If Mo is smiling when he leaves the pitch then something is wrong. He does not like that, but that is it," Klopp said.

The Gabon forward failed to score for a third successive game as Arsenal crashed to a 2-1 home defeat against Wolves. Aubameyang started in the central striker role, but he failed to inspire his team with a lacklustre display. Aubameyang has scored just twice in his last 10 appearances in all competitions.

The in-form Moroccan notched for the fifth time in six games for Sevilla as he hit a late winner in the 1-0 victory at Huesca. En-Nesyri struck seven minutes from time after coming on as a substitute, tapping in a Lucas Ocampos cross at the near post. 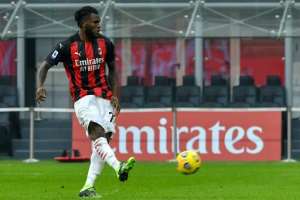 Kessie set up Alessio Romagnoli for the opener after 17 minutes with the Ivorian forward adding a second from the penalty spot 10 minutes later as AC Milan extended their lead on top of Serie A with a 2-0 win over Fiorentina. Goalkeeper Bartlomiej Dragowski denied Kessie a second before the break. "It's like this on penalties, either your score or miss, but I'll still take the next one," said Kessie, who has scored three league goals this season.

The Togo striker scored a second-half equaliser to spare his side's blushes in a 1-1 draw at Mainz. Bebou turned in a cross from Tottenham loanee Ryan Sessegnon to cancel Robin Quaison's first-half opener just after the hour mark.

The Tunisia midfielder scored both goals in Cologne's 2-1 win at Borussia Dortmund to break their 18-match winless run. Skhiri tapped in twice from corners by ex-Dortmund winger Marius Wolf after being left unmarked on each occasion.

The Democratic Republic of Congo winger whipped in the cross which led to visitors Bayern Munich falling behind against Stuttgart before fighting back for a 3-1 away win. Wamangituka caught Bayern defenders David Alaba and Jerome Boateng napping with a superb cross which 19-year-old Tanguy Coulibaly converted.

The Cameroonian scored the opener in Lyon's 3-0 win over Reims and provided a pair of assists. Toko Ekambi volleyed in Memphis Depay's cross for his fifth league goal of the campaign midway through the first half before setting up Bruno Guimaraes and Moussa Dembele in the second period.

The Tunisia international won and converted a disputed penalty as Saint-Etienne halted an alarming seven-match losing run with a 1-1 draw at home to Lille. Khazri's first goal this season earned his side a first point in the league since September 20.

There is possibility of a lockdown, other restrictions – Opp...
57 minutes ago