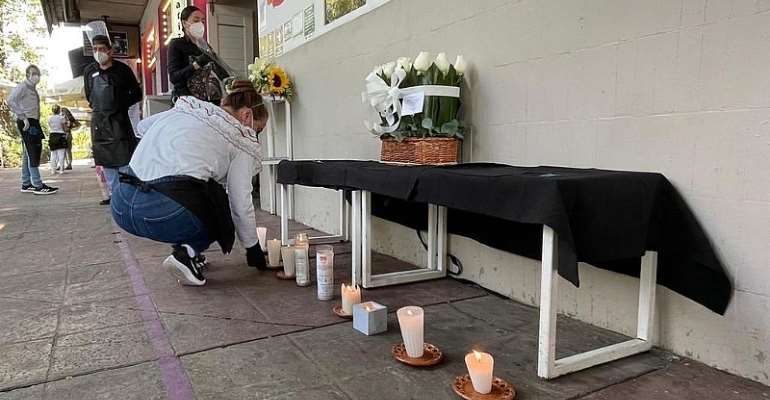 The French expat community in Mexico City will hold a march on Monday afternoon in memory of Baptiste Lormand, a French restaurant owner found dead at the weekend, targeted by thieves who stole bottles of expensive wine he and a colleague were delivering.

Locals left flowers and candles at a makeshift shrine in front of the restaurant in the upscale area of Polanco on Sunday.

Baptiste Lormand, 45, who also held Mexican nationality, was the owner of Surtidora Don Batiz, a restaurant in Polanco, an upscale neighborhood near Mexico City center, home to many foreign businessmen, diplomats and journalists.

Mexican authorities on Sunday that Lormand was attacked and killed alongside his Mexican business associate Luis Orozco while delivering expensive French wines in the city.

The pair were found at 2 a.m. local time on Saturday morning in the south of the city, on a dirt road in the municipality of Tlapan, hands tied behind their back.

Harfuch said Lormand had been reported missing on Friday and a search notice had been issued, however there was no indication that the two men had been kidnapped.

The spokesperson for the Attorney General of Mexico City, Ulises Lara Lopez thus argued that the men had stopped using the services of couriers “in order to reduce the high costs of transport costs due to the Covid pandemic, ”which is raging in Mexico.

“Everything suggests someone wanted their merchandise. This is one of the main tracks that investigators follow, ”added the spokesperson.

The mayor of Mexico City, Claudia Sheinbaum, condemned the killings and said she telephoned the French ambassador to Mexico, Jean-Pierre Asvazadourian, who took office in mid-October.

“These homicides are of great concern to us. I called the ambassador to express our solidarity to him, to assure him that we are doing everything to bring the investigation to its conclusion and to do justice," she said at a press conference.

The French expat community in Mexico City will hold a peaceful march on Monday afternoon at 3pm local time in memory of Lormand and Orozco, who clearly were appreciated members of the restaurant community.