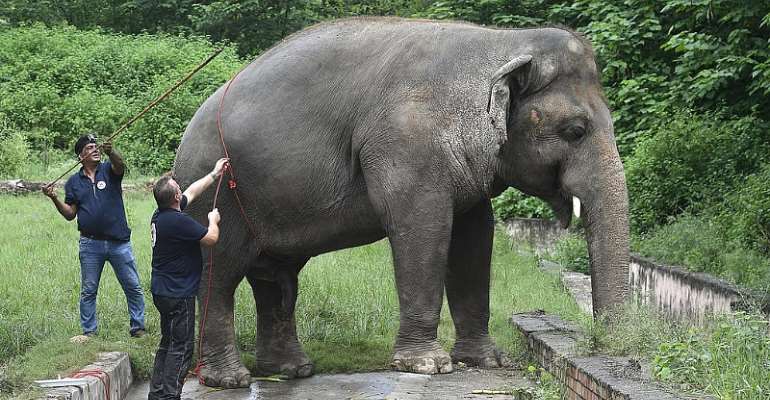 An elephant dubbed the "world's loneliest" has landed in Cambodia from Pakistan, receiving a warm welcome from American superstar Cher who will accompany the beast to a sanctuary housing potential mates.

The case of Kaavan -- an overweight, 36-year-old bull elephant -- sparked global uproar from animal rights groups, who petitioned for his move from an Islamabad zoo accused of providing substandard care and conditions.

His cause was boosted by a spirited social media campaign by Cher, who travelled to Pakistan to see him off.

Wearing a black face mask, the singer was on hand at Siem Reap airport and waved excitedly at the plane after it landed early on Monday morning.

"Kaavan was eating, was not stressed -- he was even a little bit sleeping, standing, leaning at the crate wall," he said.

Once the sole Asian elephant in Pakistan, Kaavan will be transported from Siem Reap to neighbouring province Oddar Meanchey where a wildlife sanctuary with about 600 other elephants will be his new home.

"Cambodia is pleased to welcome Kaavan. No longer will he be 'the world's loneliest elephant,'" deputy environment minister Neth Pheaktra said.

"We expect to breed Kaavan with local elephants -- this is an effort to conserve the genetic fold," the minister said.