I’m on a warpath to end disable begging in Accra—Rev. Steve Mensah 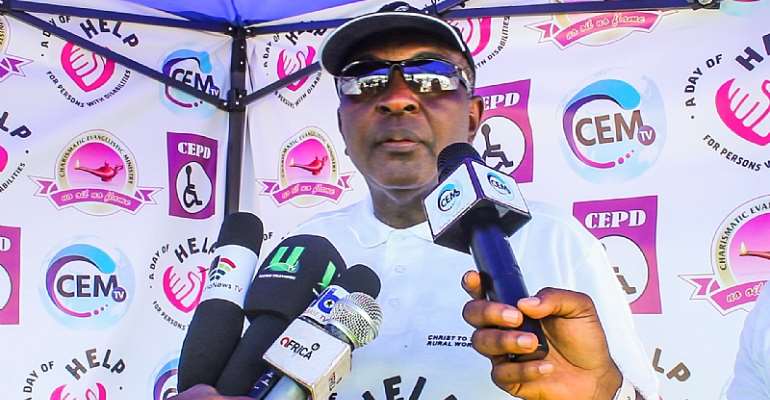 The founder of Charismatic Evangelistic Ministry, Reverend Steve Mensah, has declared that he was on a warpath to end the age-long phenomenon of persons with disabilities begging on the streets of Accra.

"Persons with disabilities in this country are not respected; nobody gives them jobs. We have pushed so many of them into begging. Their condition is so deplorable and depressing", he lamented.

Rev. Steve Mensah was addressing the media on the sidelines of a donation program held by his church for persons with disabilities on Saturday, November 28, 2020, at the Trade Fair Center, La-Accra.

The program dubbed, "A day of help", was organized in collaboration with Center for Employment of Persons with Disabilities (CEPD).

Over 15,000 persons with disabilities from the Greater Accra, Eastern, Central and Western Regions were given items such as student mattresses each, wheelchairs, White canes, crutches, sun cream for persons with albinism, towels, sponges, bars of soap, cooking oil, rice, gari, plastic buckets, pieces of cloth for the elderly, hot meal and drinks among others.

Rev. Steve Mensah said, he discovered with great sorrow that some persons with disabilities do not have descent places of abode; with some of them even sleeping on cardboards, and that informed the decision to add a mattress to the items each person with disability received.

"I am going to build a disability village and move all homeless and begging disabled people there. They will be given education, skills training and employment in the village. I am going to end that begging on the streets of Accra. I am on a warpath to end disabled begging. I will do it, by the grace of God", he stressed passionately.

He was full of gratitude to Charismatic Evangelic Ministry for the support.

Rev. Steve Mensah and his Charismatic Evangelistic Ministry started the "A Day of Help" program five years ago. It was held twice in Accra in already-2016 and in 2017.

In 2018 and 2019, it was in Kumasi and Tamale respectively. This year was originally planned for another region but was held again in Accra for COVID-19 reasons.

"A Day of Help" is gradually becoming the biggest disability event in the country, impacting the lives of thousands of persons with disabilities and their families.

Renowned International Televangelist, Pastor Mathew Ashimolowo, who was the guest preacher at the event, praised Rev. Steve Mensah for such huge initiative and indicated that other men of God like him were learning from Rev. Steve Mensah. 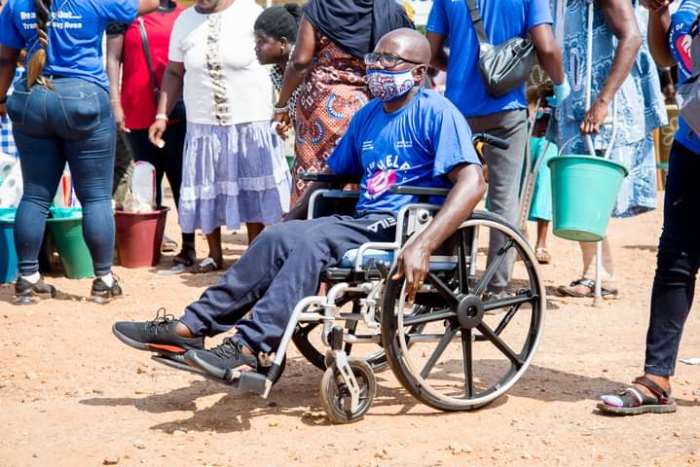 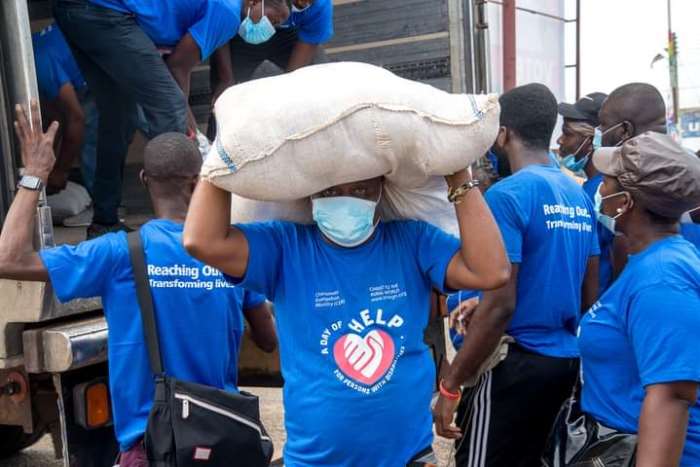 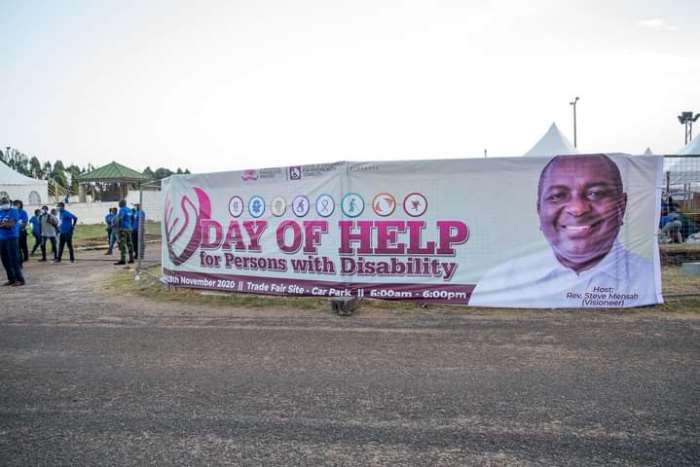