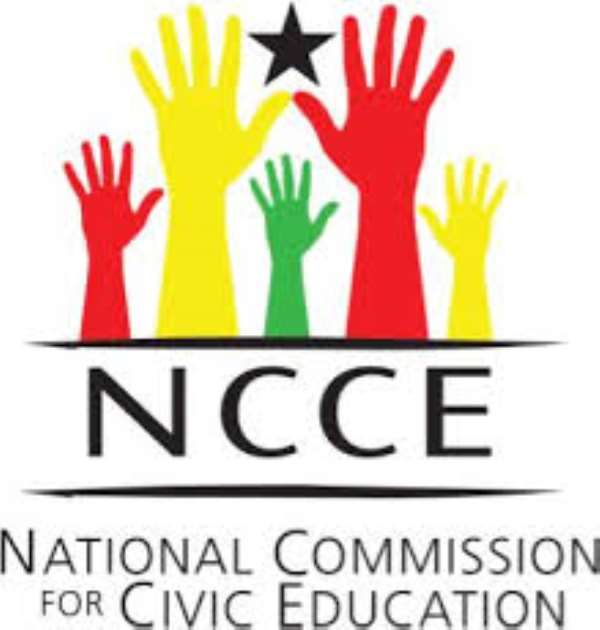 The Tain District Directorate of the National Commission for Civic Education (NCCE) has organized a parliamentary debate for Parliamentary candidates in the Tain Constituency to sell out their campaign messages to the citizenry.

The debate formed part of the Commission’s effort to promote and sustain democratic governance.

However, three out of the four candidates in the area including the incumbent Mr. Gabiel Osei of New Patriotic Party (NPP), Mr. Kwasi Agyemang Gyan Tutu, Independent Candidate, and Siaka Abdulai of Ghana Union Movement (GUM) were all absent leaving Mr. Suleymana Adama, NDC candidate enough time to outline his vision for the area when given the mandate.

The Bono Regional Director of NCCE, Madam Doris Gbongbo indicated that the event was to allow the parliamentary candidates in the constituency to be subjected to scrutiny and make the electorates make informed decisions as to who to cast their vote for.

She said the debate was to provide an opportunity for the potential Members of Parliament in the area to interact with the electorates in the constituency and entreated all to tolerate each other’s views before, during and after the December polls to ensure violence free and fair elections.

On education, Mr. Suleymana Adama said when he become the Member of Parliament for the area, will ensure even distribution of teachers, provide more infrastructures to reduce overcrowding in the classroom and to also put in measures to improve on monitoring and supervision to improve teaching and learning in the constituency.

He also said he would liaise with the scholarship secretariat and part of his share of Common Fund which is meant for education to sponsor brilliant but needy students to tertiary institutions.

Addressing the issue of bushfires which is a major challenge to farmers in the area, the NDC candidate said when given the nod, he would ensure laws governing bushfires is effectively applied and ensure holistic adherence to these laws.

He noted that, he will embark on stakeholders’ consultations on the need to stop bushfires and called for attitudinal change in this regard.

Mr. Suleymana also indicated that he will facilitate and liaise with the central government to ensure farmers get access to quick loans with low interest rates and also engages Agricultural Extension Agents to educate farmers in the area on best and modern agricultural practices to increase their productivity.

Mr. Suleymana Adama said he will use his lobbying skills and also liaise with the Ministry of Roads and Highways and Feeder Roads to construct and reshape various roads in the constituency to enable farmers transport their produce to market centers without hindrances.

He said he would also invest in the health of the people, empower the youth through handwork and training skills, support persons with disabilities, among others.