My Gov't Will Allow Chiefs To Partake In Active Politics – GUM 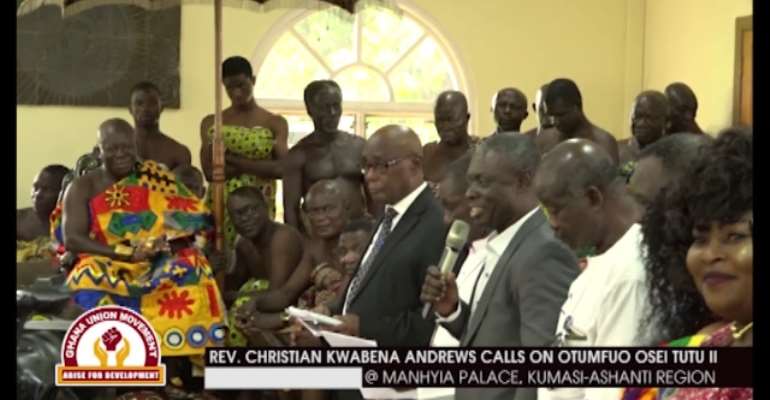 Presidential candidate for the Ghana Union Movement (GUM) Rev Christian Kwabena Andrews is calling for an amendment of Ghana’s 1992 Constitution that bars chiefs from actively taking part in partisan politics.

Article 276 of the 1992 Constitution states that a chief shall not take part in active party politics, and any chief wishing to do so and seeking election to Parliament shall abdicate his stool or skin.

But Rev Andrews also known as Osofo Kyiri Abosom argues that the bane of the country’s development could partly be as a result of chiefs not actively involved in the governance of the country.

He noted that his party will repeal the law if they emerge victorious in this year’s election slated for December 7.

“If we want the country to progress and these people are the custodians of the land and you’re telling them they shouldn’t involve themselves in the progress of this very country, how can it be?” Osofo Kyiri Abosom quizzed.

He explained: “In the beginning, before these politicians came, the kings, chiefs were ruling this very country. It seems these politicians are crooks that they know if a chief or a king becomes part of active politics, whatever the chiefs will tell the folks of the town, they will listen to him, so the politicians know if they do something wrong, they’ll not get any support [from the people].