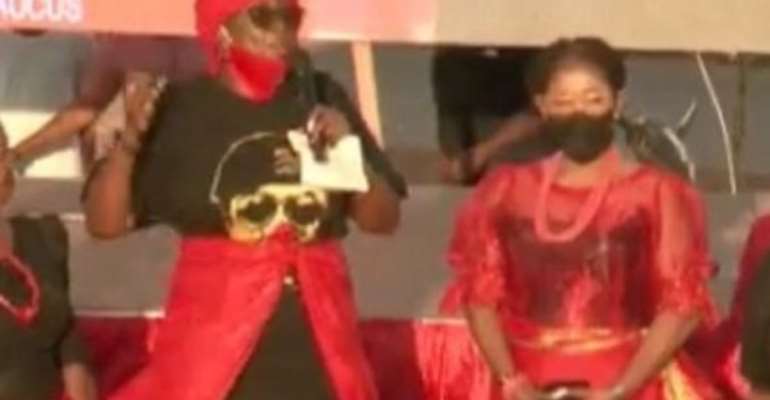 The Volta Diaspora Caucus, in the Greater Accra Region, on Sunday said the late former President Jerry John Rawlings, who was a “Voltarian” left a legacy that the ethnic group is proud of.

Madam Dzifa Aku Attivor, the National Coordinator of the Volta Diaspora Caucus, said this at a durbar organised by the Caucus in Accra, dubbed: “Celebration of Life”, to honour the memory and acknowledge the contributions of the late former President to national development.

Flt. Lt. Rawlings, who passed away on Thursday, November 12, 2020, after battling a short illness, was known among members of the Caucus as “Togbui Auaklasu I”.

The durbar was also an opportunity for the Voltarians, especially those living outside the Volta Region to come together and discuss important issues of their interest.

Madam Attivor, who was also a former Minister of Transport, said the durbar was important as they were proud of the tremendous contributions the former President had made in the progress of the country.

She said Mr Rawlings while President of Ghana, did not only focus on developing the Volta Region but every part of the country that needed attention.

She, therefore, advised people from the Volta Region to always treat each other as well as people from other ethnic groups equally with respect and love, to promote peace, unity, and cohesion.

She also called on everyone to honor the name, “J. J Rawlings” as they did while he was alive and keep his legacy forever in their hearts.

Madam Attivor explained that the Volta Diaspora Caucus was basically, formed to unite and strengthen the ewes living outside the Volta Region and provide them with needed support whenever it became necessary.

The durbar was interspersed with Ewe cultural dances and musical interludes and poetry recitals to honor the former President.

The event, chaired by Togbi Agbesi Awusu II, Awadada of the Anlo State, was also graced by other Chiefs from the Volta Region.