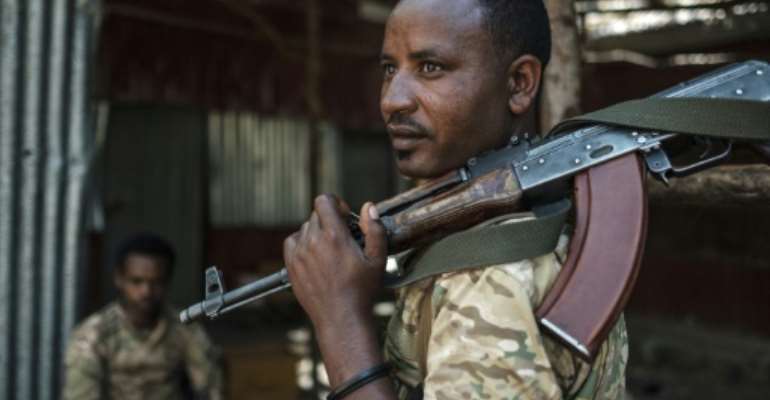 It remained impossible to independently verify whether the regional capital Mekele was completely under federal government control, though a military spokesman told AFP operations were proceeding "very well".

The US embassy in the Eritrean capital Asmara reported early Sunday "six explosions" had occurred in the city "at about 10:13 pm" Saturday. 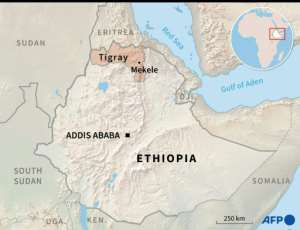 It marked the third time Asmara has come under fire from Tigray since Abiy ordered military operations against leaders of the region's ruling party, the Tigray People's Liberation Front (TPLF).

The TPLF has claimed responsibility only for the first attack two weeks ago.

It said Asmara was a legitimate target because Ethiopia was enlisting Eritrean military support for its campaign in Tigray, something Ethiopia denies.

As with the previous attacks it was unclear where the rockets landed and what damage they might have caused.

Eritrea is one of the world's most secretive countries and the government has not commented on the strikes.

The move marked a dramatic escalation of tensions between Abiy and the TPLF, which dominated Ethiopian politics for nearly three decades before anti-government protests swept Abiy to office in 2018.

Thousands have died in the fighting and tens of thousands of refugees have streamed across the border into Sudan.

On Saturday night, Abiy declared military operations in Tigray "completed" after the army claimed control of the regional capital Mekele, a city of half a million before the conflict broke out. 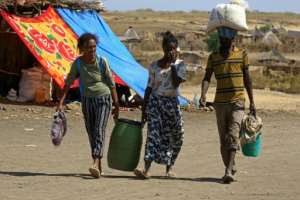 Tens of thousands of refugees have fled Tigray for neighbouring Sudan. By ASHRAF SHAZLY (AFP/File)

Tigray has been under a communications blackout throughout the conflict and media access has been restricted making it impossible to verify Abiy's claim.

Little news filtered out of the city Sunday even through official channels.

A military spokesman, Gen Mohamed Tessema, told AFP that operations were proceeding "very well" and that soldiers were "doing their work peacefully", but said he could offer no details.

State television stuck to its usual Sunday programming of talk and music shows, while Tigray regional television did not appear to be broadcasting at all.

The lack of clarity on the situation in Mekele did not preclude some small-scale celebrations Saturday night in Addis Ababa, the Ethiopian capital, and the city of Gondar, in the Amhara region south of Tigray.

"People were out celebrating all night. They fired their guns into the air until midnight and people were shouting, 'We won!'" said Gondar resident Edom Asmare.

Amhara and Tigray have been embroiled in land disputes for decades, and Amhara special forces have played a central role in securing parts of Tigray that are now under federal control.

The TPLF has considerable military assets, and at the outset of the conflict analysts estimated it could mobilise 200,000 troops.

After securing control of western Tigray and giving TPLF leaders a 72-hour ultimatum to surrender, Abiy announced Thursday he had ordered a "final offensive" on Mekele.

Global fears mounted over a bloodbath, and heavy shelling was reported in Mekele earlier on Saturday. 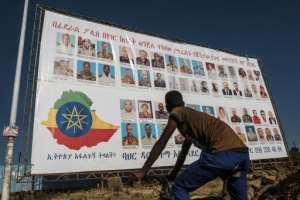 A sign lists members of the Tigray People's Liberation Front (TPLF) wanted by the Ethiopian Federal Police, as analysts warn the regional party could turn to insurgency-style warfare. By EDUARDO SOTERAS (AFP/File)

Abiy said Saturday that police were working to apprehend the party leadership, who were not reachable Sunday, their whereabouts unknown.

The TPLF has previously vowed to fight on as long as pro-Abiy forces have any kind of presence in Tigray, and analysts have warned it could shift gears to adopt insurgency-style tactics.

Abiy also said his government would focus on rebuilding Tigray and providing humanitarian assistance to the population of six million.

Displacement is believed to be widespread within the region, which has suffered multiple rounds of air strikes and at least one massacre that killed hundreds of civilians.

The United Nations has spent weeks lobbying -- so far unsuccessfully -- for full access.

Laetitia Bader, Horn of Africa director for Human Rights Watch, said Saturday night it was clear the conflict had taken a "heavy toll", even if details remained unknown.

"The UN should be conducting an independent international investigation into abuses committed by all sides since the beginning of the conflict, with the mind to pushing for accountability," she said.

There is possibility of a lockdown, other restrictions – Opp...
44 minutes ago