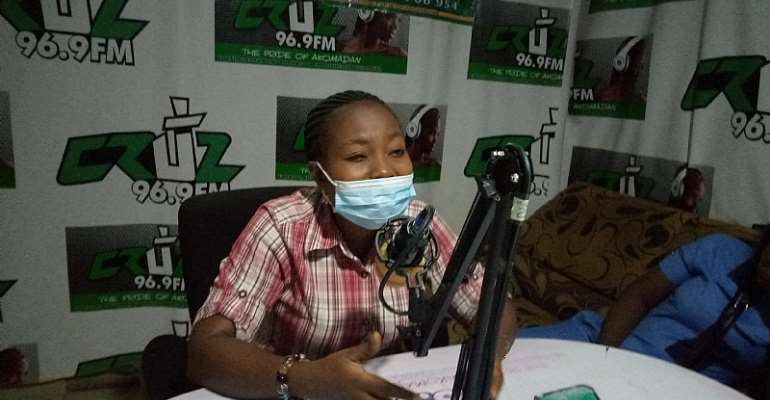 With barely a week to the December 7th general elections, the National Commission on Civic Education (NCCE) has been engaging electorates and the general public to take part in the elections with prior knowledge and devoid of violence.

She indicated that, elections are intended to select our prefered leaders who would formulate and implement good policies for the benefit of all stressing peaceful discourse is paramount in that regard.

According to her they are engaging the youth particularly within the district because they believe "most of the violent incidents we hear are normally perpetrated by the people in the youth bracket" and seeking to sensitize electorates on the need to fully participate in the coming elections.

Ms Owoo bemoened the attitude of elligible voters who compromise their conscience by accepting little monetary or material gifts from polititians in exchange of their vote.

"Such behaviour would allow our leaders to relax on their responsibilities, a reason behind our underdevelopment".

The debate which was schduled to take off last Thursday November 25 was meant to provide parliamentary candidates opportunity to outline and thouroughly explain their vision and programmes when elected. In the same vein it would enable electorates to properly analyse their utterances and make informed decision on whom to vote for as a prefered choice.

However, proximity of time according to Madam Owoo affected the laudable initiative. Unable to gather her arsenals on time for the program, they were made to call it off since participants ought to be given ample time to prepare for the occasion.

With few days to the 'judgement day', the director believes the candidates still have opportunity to engage the electorates whiles her outfit embarks on its education and sensitization to help the people of Offinso north exercise their franchise peacefully without violence.