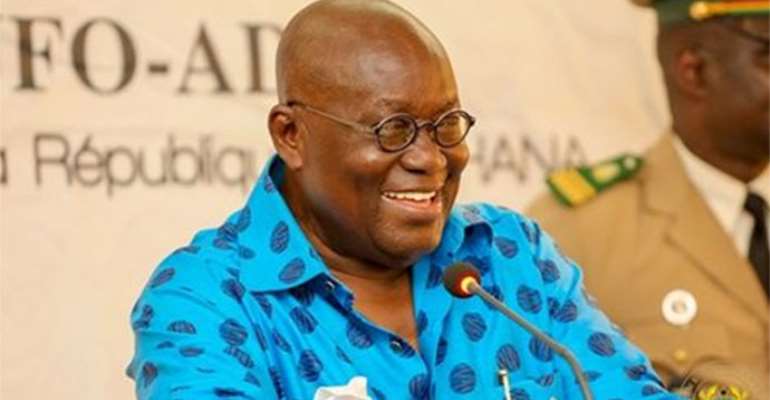 Can the leadership of the NDC Party point out to the people of Ghana any single social intervention policy they have put in place that benefits every single household in Ghana?

Going by the PNDC/ NDC's track records since 1981 when the late Papa JJ Rawlings burst into our political scene through a military coup and metamorphosed himself into a democratically elected President in 1992 - through Atta Mills's government till the end of Mahama's regime - Ghanaians are yet to witness any social intervention policy initiated by the opposition NDC Party.

The Rawlings regime was managed by Dr Kwesi Botchwey who became the Finance Minister from 1981 to 1995. He ran Ghana's economy under the instructions of the IMF/World Bank. Indeed, it was he - acting like the Roman Catholic Catechist and Rawlings like the Pope at the Castle - who propagated and implemented the World Bank/ IMF 'political gospel' of privatisation and all the open-door economic liberalisation policies of the Ghanaian economy that destroyed many small-scale businesses in the country from the 1980s till mid-1990s.

At the behest of the Bretton Woods institutions, Ghanaians were subjected to austere economic measures under the disguise of Economic Recovery Programme that brought untold economic hardships to the ordinary Ghanaian. This culminated in May 11, 1995, Kumepreko Demonstration which became spontaneous in all the 10 regions of the country at that time.

The sale of more than 300 state-owned enterprises was part of the IMF/ World Bank economic policy initiatives that were imposed on Ghana from Washington.

The former Presidents Atta Mills and Mahama all took us to the IMF. In fact, when the NDC managed to draw their own so-called: Home Grown Economic Policy Initiatives as recently as 2015, they had to send it to Washington to seek policy credibility from their IMF/World Bank bosses.

It is the Nana Addo's Government - fortified by the first-class economist, our dear Vice President Dr Bawumia who has done so much for Ghana and the top-notch fluent in finance, Ghana's Finance Minister, Ken Ofori Atta not forgetting the good old Osafo Marfo, all members of Ghana's Economic Management Team - that have wriggled Ghana out of the IMF non-human face economic conditionalities. Nana Addo's Government have been able to employ some teachers, nurses and other professionals because we are out of the apron strings of the IMF conditionalities.

Can the NDC come out with any economic blueprint without the help of the IMF/World Bank? It does seem that the NDC is practically impotent without the Bretton Woods institutions.

The only social intervention policy the NDC ever flirted with was called PAMSCAD. It was mainly meant to mitigate the social cost of structural adjustment programme. Whether it was imposed on us from Washington or was crafted by the PNDC/NDC leadership; its woefully ineffectiveness was so embarrassing that its proponents have motivated themselves to forget about it.

I tell you the truth - If Papa JJ Rawlings were alive, he would join Dr Kwesi Botchwey to admit that it was a total mess. It was dead on arrival. It was in those days that you would be glued to your TV, wait for GBC 7 O'clock News and witnessed 10 or more Pajero cars being driven from Accra through the principal streets of Kumasi to Sunyani and other parts of Brong Ahafo Region. To do what? To commission gari-processing factory.

It is the NPP Government that has brought into fruition: NHIS, Free SHS Education, Planting for Food and Jobs, 1 District 1 Factory, National Digital Property Addressing System, Interoperability in the Banking and Mobile Payment System, Implementation of Paperless Port System etc. Time and space would not allow me to list them all.

My dear reader, please don't forget the importation of the 307 ambulances and the implementation of the drones that supply medicine in a timely manner to save precious lives.

Can Ghanaians mortgage our lives with a government which had the benefit of huge oil money but refused to pay teachers and nurses trainee allowances, created a pool of unemployed graduates and plunged the country into unprecedented total darkness which was dubbed: 'Dumsor' for four consecutive years?

Can Ghanaians trust the NDC Government that spent a whopping $35m to refurbish the Komenda Sugar Factory that produced virtually nothing?

I have been wondering if the Komenda Sugar Factory ever produced any cube of sugar to fill the shelves of Ghana's mini-shops and supermarkets.

What justifiable economic reasons would compel a Government to spend such multi-million dollars to revamp a factory when it was clear that there was no sugarcane plantation to supply the much-needed raw materials to feed the factory among other existing insurmountable problems?

The decision of the NDC Government to refurbish the Komenda Sugar Factory based on political sentimentality instead of economic rationality led to the death of production of sugarcane at Komenda and certainly the death of economics. The rush to revamp the Komenda Sugar Factory without critical considerations of existing questionable issues was a political decision based on flawed economics

Treating a huge economic resource as a political tool or football ostensibly to catch votes in an election tells you how incompetent that leadership is! The whole Komenda Sugar Factory Project exemplifies the NDC Party's level of incompetence.

It appears the NDC economic management team didn't avail themselves of the economic history of Nkrumah's Import Substitution and Industrialisation Policy and the challenges it posed for us. One of the obvious challenges of Nkrumah's strategy of putting Ghana on the path of rapid economic development was that he failed to modernise the agriculture sector that was expected to generate the much-needed raw materials to feed the agro-based industrialisation policy of his government.

For Mahama's NDC Government to repeat similar mistakes is unthinkable and unpardonable.

Pure waste of our economic resources. This is a well-documented form of the incompetent Mahama's NDC Government.

No wonder that when the NPP Government under President Kuffour bequeathed to the NDC Government an economy that was growing at a rate of 14% in 2008, our dear President Mahama who took over from President Mills's Government ended up growing the Ghanaian economy by 3.4% growth rate by the end of 2016.

The agricultural sector was worse under Mahama's Administration. Ghanaians were importing plantations, tomatoes, onions and many other foodstuffs from our neighbouring countries including Cote d'Ivoire and Burkina Faso. Today, thanks to Nana Addo's Planting for Food and Jobs programme, we have a lot to eat and export some of them. Four years ago, we couldn't even produce enough to feed ourselves.

The NDC Party has promised to review the Free SHS. If you ask them how they will do it, they keep fumbling around, contradicting and dribbling themselves in their explanations.

If you had watched Paul Adom Otchere - episode on his much-watched programme Good Evening Ghana - interviewing the NDC communicator on how her party would review Nana Addo's flagship Free SHS programme, you would jump and celebrate the underlying wisdom behind Albert Einstein's assertion.That lady was sweating and repeating herself.She couldn't even persuade herself let alone the listening audience.

Would you want to vote for a political party whose communicators cannot even articulate the feasibility of their projects and programmes and its intended impact on you and your children? Would you vote for them when they don't sound persuasive in their presentations about how they will run their programmes?

It is the wish of the editorial management of The Sakora Wonoo Economist newspaper that majority of Ghanaians would ignore all the seductions and the empty promises being propagated by the NDC and vote for Nana Addo's NPP Government come December 7.