Vigilantism: Politically Related Violence Through The Eyes Of A Zongo Kid 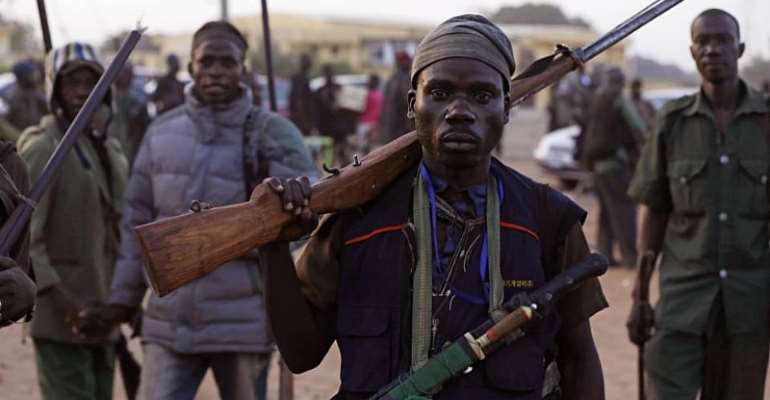 The Zongoes and inner-city slums unlike Ghanaian affluent communities such as airport residential, Cantonment or East Legon have long gained notoriety to be breeding grounds for recruitment of persons (young male adults) to engage in all manner of criminal activity including political vigilantism and contract murders.

With election day fast approaching, these young adults continue to be exploited by persons who solicit their criminal prowess to unleash mayhem on their political opponents and supports. Recent indications from the hierarchy of the Ghanaian security force such as Operation “Tafia Lafia” is a clear indication that the security forces will not be complacent in discharging their duties during and after the 2020 election.

Politically Related Violence (PRV) locally known as vigilantism in Ghana continue to be a significant problem with the two major political parties mainly complacent. The Vigilantism and Related Offence Act, 2019 is supposed to make PRV into a high-risk business. However, it continues to lurk in the shadows as lucrative as ever. This is due to continues recruitment of young adults from the Zongo and slum communities who are at their most vulnerable stages in life by political actors.

Sunshine through the dark clouds

The unfortunate event of Ayawaso West Wuogon by-election violence led to the significant commitment by the President of Ghana, Nana Addo Dankwa Akufo Addo to establish an Inquiry commission to make adverse findings and make recommendation looking into the future. Though the NPP Government has rejected parts of the findings and directives of the Emile Short Commission of Inquiry report.

Though the Act is in the right direction to curb vigilantism within the Ghanaian society, much is yet to be achieved. The common man on the street is yet to be educated on the consequence of indulging in such a high-risk endeavour even though the Law in motion hits them harder than the political actors who are often the ones soliciting or facilitating the acts prohibited under the Vigilantism and Related Offence Act, 2019. Much has been talked about in relation to peace before, during and after the elections with little emphasis on the consequence of vigilantism.

It is also important to note that, Politically Related Violence (PRV) is especially effective with young male adults who are already engaged in criminal activity. In many cases, the susceptibility of the individual to PRV (vigilantism) might be affected by many factors, but identified an initial ‘loss of significance’. This could arise as a result that one is disrespected in society due to their affiliation to opposing political party or disrespected group such as ghetto boys (very prevalent in Zongoes and slums).

However, the issue that this raises is that young adults may lose significance for a variety of reasons, and it does not necessarily result in vigilantism. Furthermore, the loss of significance does not explain why vigilantism is affected on gender grounds. The notion that vigilantism is promoted through the significance gain it offers the individuals is significant. Politically Related Violence (vigilantism) provides the perpetrators with favour and recognition from their facilitators and solicitors.

This promise of money, contracts, the promise of getting away with the crime and winner takes all are strong incentive towards Politically Related Violence. However, this seems to be an oversimplification of the gains that seem to be derived from Politically Related Violence. There may be a notion that fame or notoriety might follow, but this seems limited: the identity of vigilantes does not tend to enter the public consciousness. The Ayawaso West Wuogon incident is a clear test case, - a known member of a political party affiliated vigilante group known as Double, became a notable figure in the course of the Emile Shorts Commission of Inquiry, however, these are the exception rather than the rule.

Politically Related Offence (vigilantism) is not the same as other types of crime and vigilantes are not typical criminals. The propensity for people to become political vigilante varies because any similarity in crime does not imply any similarity of motivation. This is because the offence may be broadly similar, but the motivation varies. The motivation of PRO is grounded in the potential for material reward.

What PRO seeks to achieve similarly varies between different types of groups. While a candidate veering for an election or a political party seeks to be pronounced as a duly elected government official or a political party elected to form a Government. Individuals or groups indulge in PRO (vigilantism) for immediate monetary gains and/or accorded employment or government contract by persons who solicited their criminal prowess for political expediency.

Persons susceptible to vigilantism varies, the majority are young male adult from the Zongoes and inner-city slums with adults within the forties (40s) age bracket serving as facilitators. Although young adults engaged in Politically Related Violence (PRV) may not necessarily be gang-related such as members of the same land-guard group. They often team up with likeminded deviants to achieve their goal and very rare to have a ‘lone wolf’ offenders.

It is important to note, inner-city slums and Zongoes represent a significant opportunity for PRV recruitment. This has been proven by past and recent clashes between the two main political parties hope to win the 2020 election. Politically Related Violence (vigilantes) offenders who are susceptible to recruitment tend to come from lower-class backgrounds with only a few from the middle-class background while the facilitator comes from professional or elite status. These lower-class deviant groups are more likely to find the experience of living in slums and ghettos as a shock, and alienation is more likely to be a factor to indulge in Political Related Violence (PRV). The potential for PRV is also associated with a history of deviance, violent behaviour, drug misuse, unemployment or anti-social tendencies.

The second set of factors is the situational or contextual elements: the presence of radical ethnocentrists, the potential for radical ethnocentrism ideologies to be communicated, political leaders who preach violence, or, in some cases, PRV contractors.

Thirdly, the potential recruits begin to self-identify themselves to their facilitator and explore radical political and/or radical ethnocentrists ideologies. This then results in the fourth stage, which is the adoption of radical political and/or radical ethnocentrists ideology, and calling for violence against adversaries, before moving to the fifth stage of initiating PRV on adversaries.

Looking into the future, the Ghanaian society needs to be encouraged to look beyond just “Standing For Peace” and proceed further to educate the less privileged in terms of circular education on the consequence of engaging in Politically Related Violence (vigilantism) and most importantly report persons they honestly believe are engaged into political vigilantism to the police. Community and youth leaders, religious leaders, and catalyst within the Ghanaian society need to make it clear to persons who choose to engage in this high-risk societal vice of their intention to not plead for mercy on their behalf but rather call for the law to take its course.

Political vigilantism is a canker that is tantamount to the underdevelopment in the teeming Ghanaian youth. The expertise of professionals who understand the nexus between human behaviour and crime such as criminologist need to be brought to the policy decision table in when issues of security arise. These experts are in a better position to give unbiased advice on the best way to curb social rises such as political vigilantism.

Criminologist, Youth Activist, Political and Social Commentator, and a Columnist.