Political Parties, Stakeholders Commit To Peace Ahead Of Voting Day 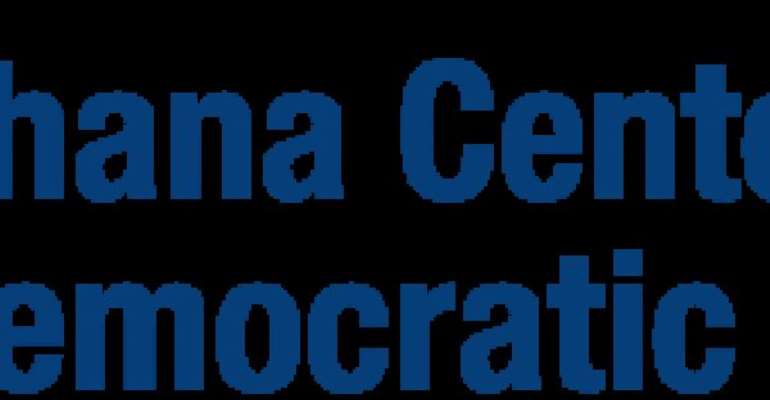 After being identified as a potential violent terrain particularly, during elections, a peace pact agreement has been signed by political parties and their stakeholders in the Tano South Constituency.

The signed peace accord is meant to promote peaceful polls on December 7th, and beyond.

The roadmap was designed by the Centre for Democratic Development (CDD-Ghana) in collaboration with the National Commission for Civic Education (NCCE) and the Bechem Local Council of Churches.

Those who signed the pact included traditional authorities, religious leaders, youth groups and representatives of the NDC and NPP, and the media.

The NDC is however yet to sign the peace pact, which impressed on each other to contribute to preserving the prevailing peace of the area.

At a meeting held at Bechem on Thursday, Nana Kwabena Aborampah-Mensah, the Team Leader, Security Sector Governance, CDD-Ghana, added that virtually all the local communities had also signed the peace accord.

The meeting was organized by the CDD-Ghana in collaboration with the NCCE and the Local Council of Churches to sensitize stakeholders including chiefs, queens, and representatives of the NDC and NPP, media, and youth groups on the peace accord.

Mr. Aborampah-Mensah explained each of the stakeholders remained a key player in ensuring peaceful polls and called on them to embrace and work towards ensuring that provisions in the agreement were followed by all parties to strengthen the prevailing peace of the area.

He reminded mostly all the local communities in the Constituency had signed a pact and called on the stakeholders to ensure particularly political parties, and their followers, as well as the electorate in the area, follow the roadmap for a peaceful general election.

The agreements in the roadmap, Nana Aborampah-Mensah mentioned included a ban on the use of unregistered motorbikes around polling stations and accreditation of vehicles that would supply food items to party polling agents.

Madam Enyo Akua Fiawotso, the Tano South Municipal Director of the NCCE, emphasized that the 1992 Constitution provided every eligible voter the right to join a particular political party of his or her choice.

She called on the NDC to sign the agreement, and that collectively everybody could contribute to ensuring a peaceful election.

Nana Awuah Boadi, the Nifahene of Bechem Traditional Area, commended the CDD-Ghana and its partners for designing the pact, saying it would go a long way to facilitate peace before, during and after the December 7, polls.