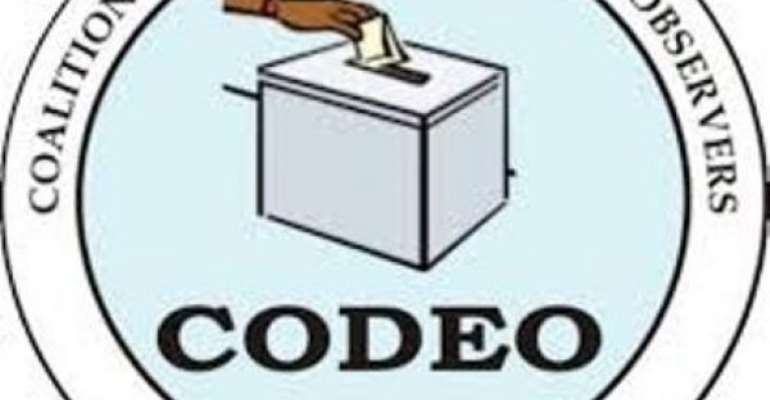 In every election year, some pockets of electoral-related offences do occur owing to a lot of factors which the citizens may not even be aware of.

It is against this background, that the Coalition of Domestic Election Observers (CODEO), has educated community members at Odumase, in the Manya Krobo District on matters relating to election offences.

Mr Francis Nyavoi, of CODEO, noted that most people were ignorant of the election offences and therefore indulged in them to create tension hence the sensitisation to educate the community on the offences and related penalties.

Speaking at a debate organised by the National Commission for Civic Education (NCCE) and the Justice and Peace Commission, for aspiring Members of Parliament in the area, he mentioned defacing of posters, smashing of ballot boxes and even exchange of words with election officials at the polling stations, as some of the offences punishable by law.

He explained that committing such offences could attract a fine of 500 penalty units equivalent of GH¢6,000.00 or two years imprisonment, and advised all to desist from such offences to ensure a peaceful election.

Mr Nyavoi noted that often heated arguments resulted in the various offences from supporters of the different political divide and urged the youth to avoid any situation that could bring tension and violence in the run-up to the elections.

On the voting process, he observed that the EC over the years had recorded a lot of rejected ballot papers and educated the electorate on how to avoid thumb printing on the lines and advised them to check for validation stamps on the ballot papers, which would be issued out to them to vote, to avoid rejection of ballots.

He entreated all to go out in their numbers to vote on the election day so their voices would count in who represented them in Parliament and who became their President, amidst observation of the coronavirus protocols.