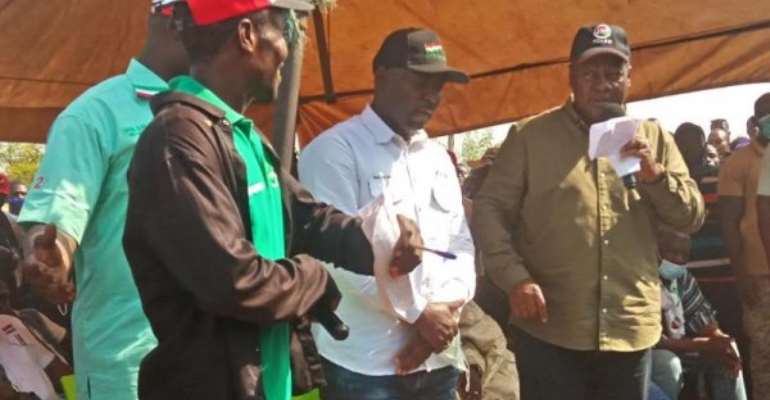 The killers behind the gruesome cold-blooded murder of Investigative Journalist Ahmed Suale, cannot escape from being served justice.

This is according to the Presidential Candidate of the main opposition National Democratic Congress (NDC), John Dramani Mahama.

John Mahama has assured that his next administration will ensure that the killers faced justice.

Mr. Mahama gave the assurance at Wulensi, the hometown of the late Ahmed Hussein-Suale, during a community engagement with the chiefs and people of the Wulensi Traditional Area in the Northern Region.

"The media fraternity and all who are here, I want to draw your attention to something. This is the hometown of Ahmed Suale, the journalist who was murdered in cold blood. And whose killers up to date have not faced justice. I want to assure all the people of this Constituency and his family that when I am elected, we will use the forces available to us by the State to find those who killed him and bring them to justice."

He was murdered by unidentified men on Wednesday, 16 January 2019.