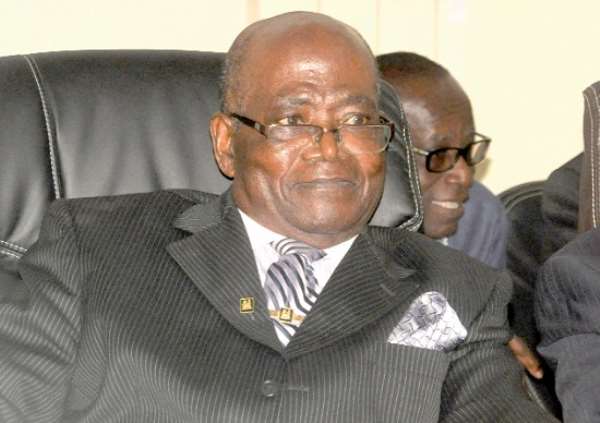 It has been confirmed that learned Professor Samuel Kwadwo Boaten Asante has died at the age of 87.

He was the Executive Director of the Centre for Regional Integration in Africa (CRIA).

A statement from the Board of Trustees and Secretariat of CRIA announced the death of Prof. Asante, who was a former Head of Department of Political Science at the University of Ghana, Legon.

“It is with profound sorrow that the Centre for Regional Integration in Africa (CRIA) Board of Trustees and Secretariat announce the loss of the beloved Founder of the Centre. May PROF SKB ASANTE rests in eternal peace,” the statement said. About Prof S.K.B. Asante

Professor S.K.B. Asante, a product of Abuakwa State College, Achimota School, University of Ghana, and London School of Economics and Political Science, University of London, is the Executive Director of both the Centre for Regional Integration in Africa (CRIA) and the S. K. B. Asante International Consultancy Services (SAICs); Chairman of the Board of Trustees of the Professor and Mrs. S. K. B. Asante Educational Trust Fund; Member of the Governing Council of the Institute of Fiscal Studies; Professor of the Legon Centre for International Affairs and Diplomacy (LECIAD), and a Fellow of Ghana Academy of Arts and Sciences.

Professor Asante has been working in the field of regional integration for more than three decades and was selected by the United Nations African Institute for Economic Planning and Development (IDEP) for its very first Documentary Series (2015) on the Makers and Shakers of African Development, highlighting his distinguished contribution towards “Achieving Integration in West Africa”. Professor Asante was awarded the ORDER OF THE VOLTA (2008), a Ghana National Award, for distinguishing himself in Public Service, and the Ghana Book Award for Distinguished Writers (1980).

Professor Asante has published prolifically, especially on regional integration, governance and African development and serves as consultant to a number of international organizations, including the United Nations, World Bank, African Development Bank, European Union, ECOWAS and the African Leadership Forum.

Files from booknook.store contributed to this report

Why are you refusing to obey the orders of the Court ? — Jus...
13 minutes ago