UG Survey On 2020 Election Will Amount To Nothing – Hassan Agyariga 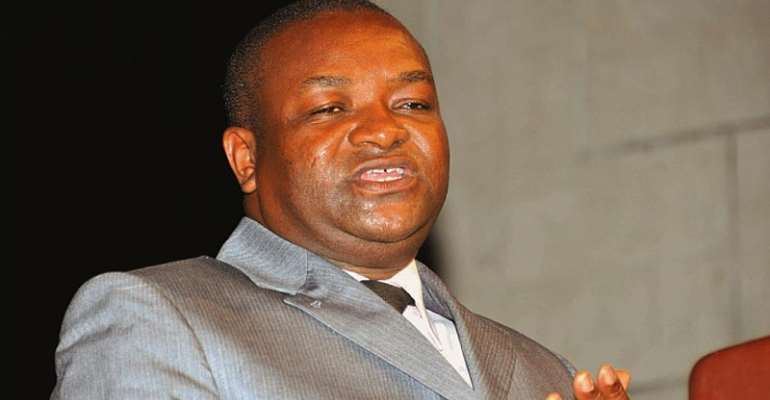 Presidential Candidate of the All People's Congress (APC) Hassan Ayariga has discredited the survey predicting a one-time win for the New Patriotic Party (NPP) in the upcoming 2020 polls.

The Political Science Department of the University of Ghana via it polls tipped President Akufo-Addo to win the election with 51.7% votes with the National Democratic Congress’ (NDC), John Mahama expected to garner 40.4% of the votes.

But Hassan Ayariga who placed seventh in the survey with 0.1% believes the findings vary with the wishes of Ghanaians.

In an interview with Citi News, Mr. Ayariga stated that his campaign has received positive feedback.

“I can bet a million times that this research will fail. I am telling you that it will never happen. I have been to the grounds and people are disappointed that their basic needs have not been given to them. The people say they are tired of both the NPP and NDC and that I am the only candidate they prefer and will vote for me. How can the research say Kwabena Andrews placed third? Is it because he has a TV station, and he has been talking on the channel every day or because he has church members who will vote for him to become the third force?”

About 3.7 percent of Ghanaians are still undecided, according to the survey.

The survey also indicated that a number of Ghanaians will be influenced by government policies, campaign promises and political affiliations during the December 7 general elections.

35.8% of Ghanaians according to the survey said they will vote base on government policies while 23.8% said they will cast their ballots base on the campaign promises they hear.

According to the survey, 18.1% of Ghanaians said they will vote base on their party affiliations.

According to the UG Political Science Department,11,000 respondents were sampled for the survey in 100 swing constituencies nationwide.

The report of the survey also noted that only 4% of the sampled population said corruption would inform their choice.

There is possibility of a lockdown, other restrictions – Opp...
57 minutes ago