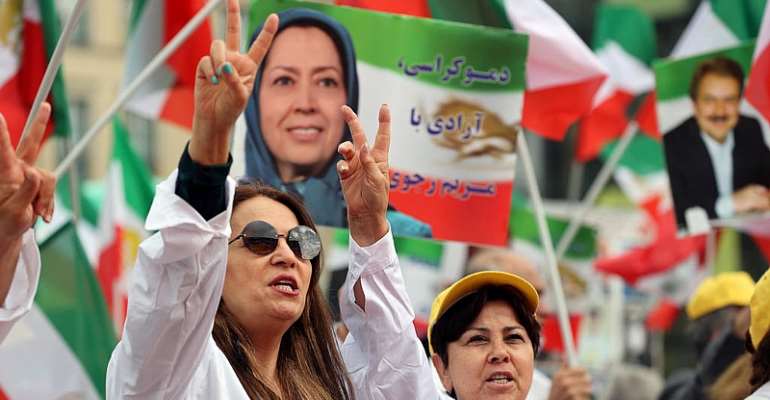 The trial of an Iranian diplomat accused of plotting to bomb an opposition rally outside Paris has begun in Belgium in a case that has stoked tensions between Tehran and several European countries.

The case shines another uncomfortable light on Iran's international activities, just as Tehran hopes for an easing of tension with the United States over Iran's nuclear programme.

In June 2018, Belgian authorities thwarted what they said was an attempt to smuggle explosives to France to attack a meeting of one of Iran's exiled opposition movements.

Later that year, the French government accused Iran's intelligence services of being behind the operation, a charge the Islamic Republic has furiously denied.

Assadollah Assadi, a 48-year-old Iranian diplomat formerly based in Vienna, faces life in prison if convicted.

The National Council of Resistance in Iran (NCRI), which includes the People's Mojahedin of Iran or MEK, organised a rally in Villepinte outside Paris on 30 June 2018.

Explosives and a detonator

On the same morning, Belgian police intercepted a Belgian-Iranian couple driving from Antwerp and carrying half-a-kilo of explosives and a detonator.

According to a report in Belgian newspaper The Standaard on 24 November, “Assadollah Assadi brought the explosives from Iran to Austria on a commercial flight,” quoting a letter from Belgian state security.

All four are charged with attempting to carry out a terrorist attack and taking part in the activity of a terrorist group. All face life sentences.

Assadi was arrested while he was travelling through Germany where he had no immunity from prosecution, being outside the country of his diplomatic posting.

Arefani, an Iranian poet who had lived in Belgium for more than a decade, was arrested in France in 2018 after Belgium issued a European arrest warrant.

What was the target of the alleged attack?

The alleged bombing was aimed at a gathering organised by the National Council for Resistance in Iran (NCRI), the political wing of the People's Mujahedeen, or Mujaheddin-e-Khalk, MEK. The MEK was founded in 1965 by Massoud Rajavi, as a militant opposition group fighting the Shah and organised around a strict Marxist-Leninist hierarchy.

Initially the group aimed to link up with Ayatollah Khomeini, but the religious leader banned them instead after he successfully overthrew the regime of the Shah in 1979.

The MEK reacted with a massive, nationwide bombing campaign, which Tehran answered with waves of arrests and executions.

The group then found refuge in Iraq where they were trained by troops of Saddam Hussein who put tanks and military equipment at their disposal.

After Saddam's demise, they eventually moved to a camp in Albania, funded using €17 million of US money intended to be used to “de-radicalise” the group's 3,000 members.

Meanwhile, the political wing of the MEK, the National Council of Resistance of Iran (NCRI) found shelter in Auvers-sur-Oise, a small town outside Paris, where they have a walled compound.

The group's current leader is Maryam Rajavi, wife of the founder Massoud Rajavi who disappeared in 2003. It is not known if he is still alive.

In its fight, the group also targeted Americans and was on the State Department's list of terrorist organisations from 1997 and on the EU terrorist list.

But things had already started to change in 2002, when the MEK revealed Iran's nuclear programme.

The revelations, based on satellite pictures, triggered a massive international response resulting in calls for sanctions that were eventually imposed against Iran.

During subsequent years of intensive lobbying, the NCRI managed to get itself off EU (2009) and US (2012) terrorist lists, presenting themselves as a democratic alternative to the current regime in Iran.

Iran's reactions to the trial

In a statement on 15 October, he protested Assadi's arrest and extradition as “a move that is basically unlawful and in blatant violation of international practices and the contents of the 1961 Vienna Convention on Diplomatic Relations.”

The Iranian state-controlled press did not directly react to the trial. But it has mocked Trump's legal advisor and CNRI supporter Rudy Giuliani's press conference on 21 November, at which black liquid, thought to be a hair colorant, was seen dripping down the side of Giuliani's face.

In an article by the Mehr press agency headlined “Devil's advocate literally melting down after hair dye drama,” Giuliani is shown talking to Maryam Rajavi, the president of the CNRI when he visited the organisation's yearly event in Villepinte in 2017.

The trial is scheduled to take two days. A ruling is not expected before early next year.