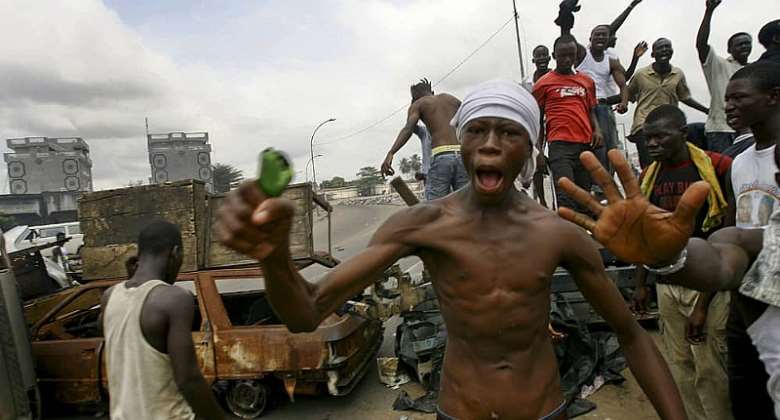 Ghana is at present getting ready for its eighth presidential and parliamentary elections since the start of the fourth Republic. Ghanaians have gone to the polls and seen pockets of political brutality in every one of these elections. An example of a political violence that broke out recently is the one that occurred during the by-elections at Ayawaso -West Wuogon; where a shooting incident injured seven people.

In any case, we have always gotten away from the chance of civil war as a result of the benevolent actions of God. These political brutalities are generally observed during the campaign season, subsequent to casting a ballot, and after the revelation of the outcomes. The crimes that occur during elections range from ballot box snatching, vote trading, double voting and impersonation. Additionally, dissatisfied party foot soldiers try to protest and this normally has touched off pockets of savagery in different electoral areas during elections in Ghana.

Numerous individuals have lost their lives while attempting to shield the voting process from being destroyed, others have been harmed for life with individuals' properties annihilated and state properties razed down by fire all due to unacceptable election results. Despite every one of these difficulties, Ghana’s political stability has been significant in the Sub Sahara Africa. Truth be told, Ghana has turned into a place of refuge for nations like Liberia and La Cote d'Ivoire during their civil wars. Due to political instability, many Nigerians use Ghana as their second home because of the peaceful nature, and conducive environment it provides for their businesses. Other African nationals from Niger, Chad, Togo, Cameroon, and Sudan live and work in Ghana too. This shows that the peace in Ghana invites and welcomes everybody including foreign nationals like the Chinese, Indians and Europeans.

That notwithstanding, we should put forth a cognizant attempt to keep up and ensure the peace and harmony we have enjoyed throughout the long term.

This is on the grounds that, the nationals of these countries who have looked for asylum in our nation, Ghana used to live in harmony in their country before their countries were sucked into political impasse which prompted civil wars.

This shows that civil war can happen in any State, and challenge the sovereignty of the state, wreck lives, and the economy of that State. Hence, we ought not be smug and imagine that Ghana can't be influenced by civil war.

More often than not, these civil wars happen in light of the fact that, some of the politicians recruit vulnerable individuals particularly the adolescent who live in total destitution, who are jobless and can scarcely take care of themselves and their families to pursue their selfish political interests.

Most of these vulnerable youth and kids are mesmerized and put under hard drugs and made to murder, assault and butcher their kindred people with no mercy.

It is for these reasons, that the Centre for National Culture, Tema, which is under the auspices of the Ministry of Tourism Arts and Culture thinks that, it is important to join the peace campaign for the upcoming elections; by creating short videos that will sensitize Ghanaians on the need to pursue peace prior to during and after the elections. The production is a joint effort by the Centre for National Culture, Tema and Mr. Wear Ghana, a.k.a Benjamin Kojo Mills.

The theme of our campaign is "Peace is expensive". We are circulating these videos on all our online media handles. On WhatsApp, YouTube channel (Creative Arts TV) and Facebook page Creative Arts TV.

We plead with everyone to watch and share the videos and subscribe to our YouTube channel for more videos in order to carry the message on peace far; so that Ghanaians will cherish the peace and serenity that we are enjoying currently.