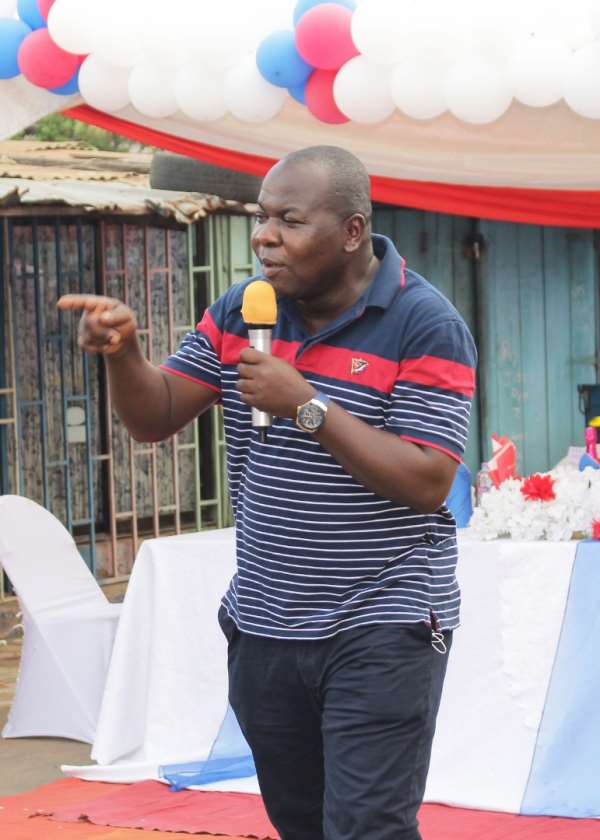 The Director of Political Affairs at the Office of the Chief of Staff, Frank Asiedu Bekoe also called Protozoa in political circles is strongly advocating for a second term for President Akufo-Addo.

He says President Akufo-Addo deserves another term in office for making education is topmost priority.

Speaking at the Annual Graduation Ceremony of the Ghana National Tailors and Dressmakers Association held at Suhum in the Eastern Region, Mr Asiedu Bekoe said Ghanaians must not vote based on party lines.

According to him, President Akufo-Addo’s Free SHS policy does not discriminate against any child or political party.

“If a President is elected and he is making sure that our children can go to school, that President deserves another term,” he said and added that “The Free SHS Policy does not ask whether you are NPP, NDC, CPP or whatever. It is open to all. So all you need is a chop-box for the child and the rest is for the government to handle.

“Never say you do not care so you will not vote. Think about the younger generation and vote massively for the NPP so that all children can have access to quality free education”, Asiedu Bekoe appealed.

He urged all Ghanaians to put the future of their children first by choosing President Akufo-Addo for the next four years.

“If you’re here and you have decided not to vote you should reconsider because our children’s future depends on it. Voting for Akufo-Addo will ensure continuity of government and the Free SHS policy”, he said.

The Director of Political Affairs also donated 40 sewing machines to the graduates and congratulated them for making a good choice by learning a skill which he said, will be beneficial to them and their families.

“We were contacted by the MCE that some 40 women were graduating and we thought it wise to support all of you with one sewing machine each”, Mr. Asiedu Bekoe said.