Mpohor To Benefit From AstroTurf Project 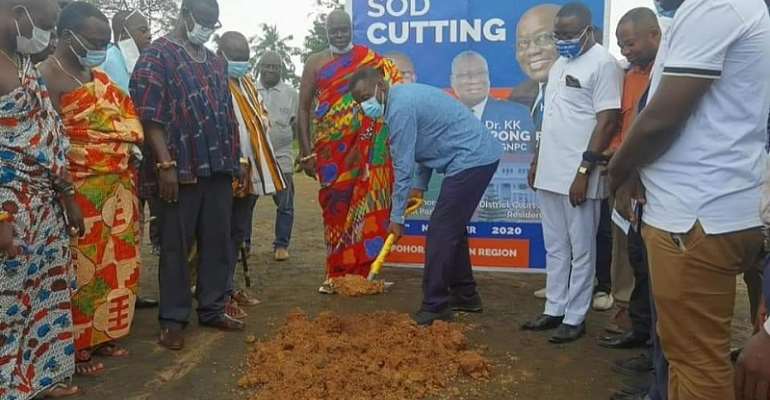 The Mpohor District has been earmarked by the Ghana National Petroleum Corporation (GNPC) Foundation for an AstroTurf.

This came to light when Dr. Dominic Eduah, the Chief Executive Officer for the GNPC Foundation and Hon. Kobby Okyere Darko, the Western Regional Minister, joined the traditional authorities and leaders of the Mpohor District Assembly to cut sod for the construction of an AstroTurf for the people of Mpohor.

In a brief ceremony that took place at the Mpohor Roman Catholic Park on 26th November 2020, Nana Osabarima Ekow Entsie II, the Omanhene of the Mpohor Traditional Area, cut sod for the construction of an AstroTurf at Mpohor.

The Omanhene expressed gratitude to the GNPC Foundation for remembering the people of Mpohor in their infrastructural development agenda.

In his welcome address, the District Chief Executive for the Mpohor District, Hon. Ignatius Asaah Mensah thanked the people present for coming to witness the ceremony. He observed that the New Patriotic Party Government believes in fairness and equity when it comes to the distribution of the national cake.

This, therefore, explains why the GNPC Foundation agreed with Hon. John Sannie when he teamed up with the Western Regional Minister to lobby for the project for the people he seeks to represent.

On his part, Hon. Kobby Okyere Darko, the Western Regional Minister, admonished the people of Mpohor to endeavour to promote peaceful elections. He also appealed to them to massively vote for Nana Addo and the NPP Parliamentary Candidate for the area, Mr. John Sannie, to continue with the implementation of the good policies of the current Government.

The CEO of the GNPC Foundation, Dr. Dominic Eduah, assured the people that his outfit would ensure that the AstroTurf is speedily constructed but they should also endeavour to put it to good use. He also appealed to them to ensure good maintenance of the facility when it is presented to them.

Addressing the people present, Mr. John Sannie, the NPP Parliamentary Candidate for the Mpohor Constituency, appealed to them to vote for him and President Nana Addo. He seized the opportunity to present two motorbikes to the Mpohor District Police Command.

He observed that he made this donation as part of his contribution in promoting effective policing, especially in this election era, where the role of the police in promoting security and a peaceful election has become more critical.

Superintendent William Gyemfi, the District Police Commander of the Mpohor District Command, received the motorbikes and promised to ensure that they are properly used and maintained well. He expressed gratitude to Mr. John Sannie and observed that the motorbikes would ensure the mobility of the police personnel in these critical times.

The team also inspected District Court and Magistrate's Bungalow which are under construction. 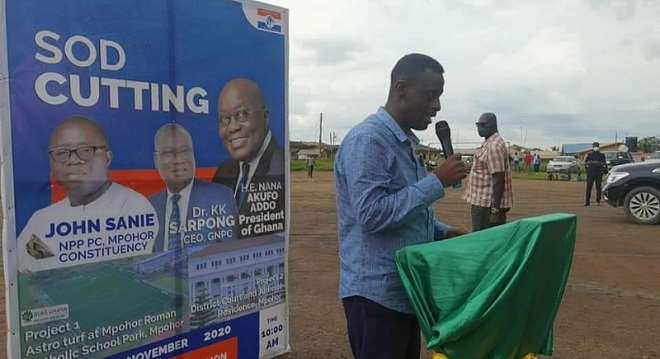 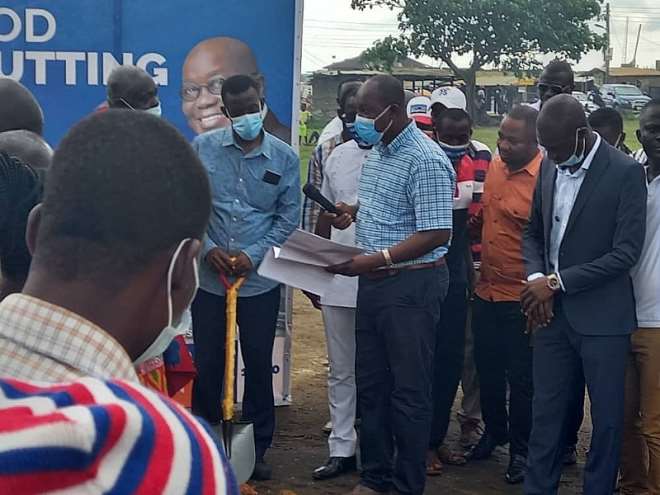 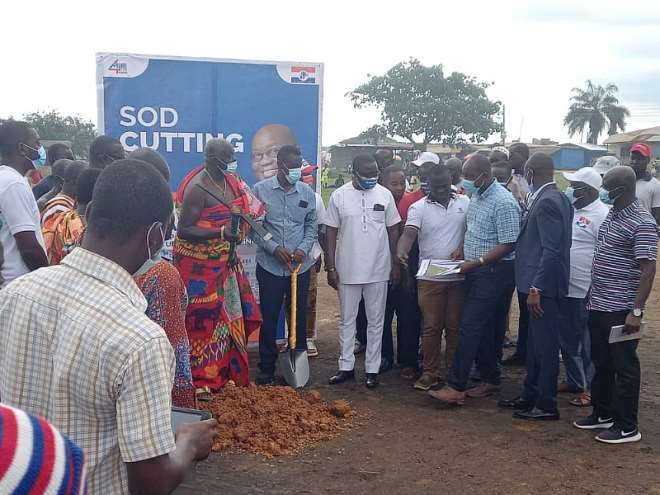 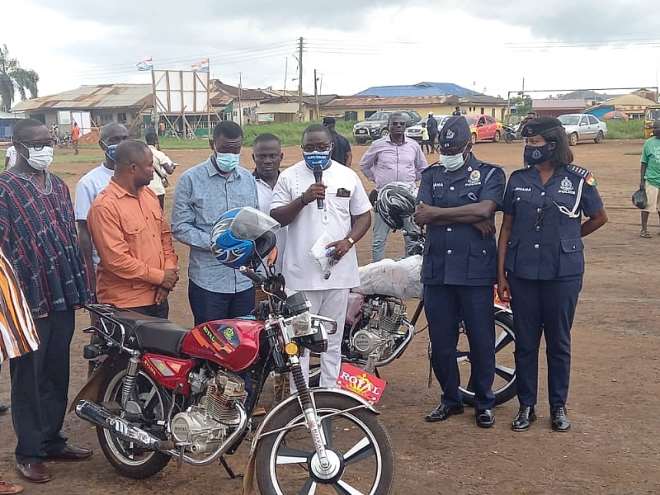 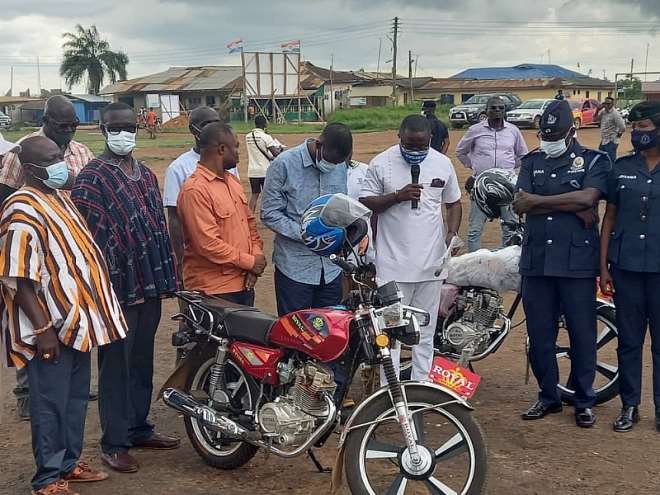 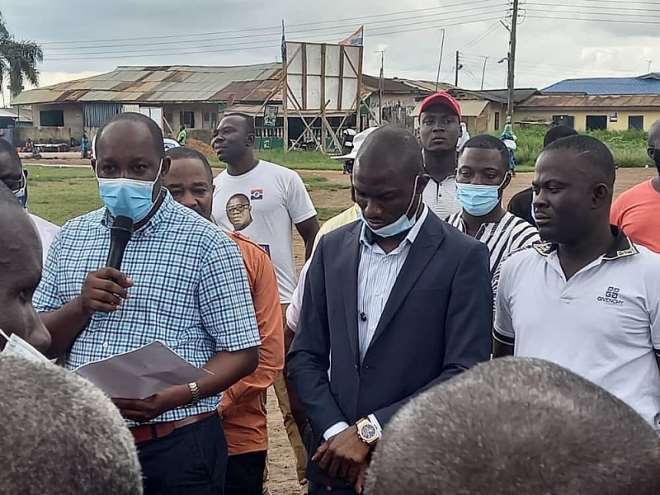