US Election: Trump Signals He Is Prepared To Leave White House If... 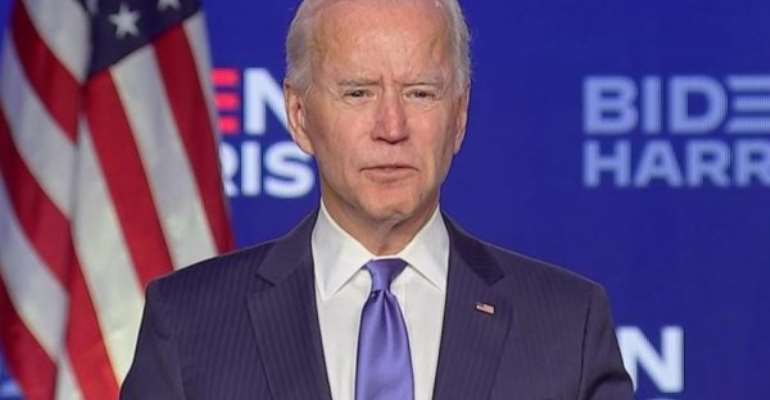 Donald Trump has said he will only leave the White House if Joe Biden is formally confirmed as the next US president by the electoral college.

The president has refused to accept defeat in the 3 November vote, and told reporters on Thursday it would be "hard" to concede.

He also once again repeated unsubstantiated claims of voter fraud.

The tally is far more than the 270 needed to win, and Mr Biden also leads the popular vote by more than six million.

Electors will meet next month to formalise the result, with the Democrat Joe Biden due to be sworn in as president on 20 January.

The president and his supporters have lodged a number of legal challenges over the election, but most have been dismissed.

The decision means Mr Biden is able to receive top security briefings and access key government officials and millions of dollars in funds as he prepares to take over on 20 January.

Why is Trump refusing to admit defeat?

Asked on Thursday whether he would agree to leave the White House if he lost the electoral college vote, he said: "Certainly I will, certainly I will and you know that."

However, he went on to say that "if they do [elect Joe Biden], they made a mistake", and suggested he may never accept defeat.

"It's going to be a very hard thing to concede because we know there was massive fraud," he said, an allegation he has stood by without offering proof.

He would not say whether he would attend Mr Biden's inauguration.

The normally routine process of transitioning from one president to another and confirming the result has been derailed by President Trump's refusal to concede.

Under the US electoral system, voters do not directly choose the next president. Instead, they vote for 538 officials, who are allocated to American states based on their population size.

The electors almost always vote for the candidate that won the most votes in their states, and although it is possible for some to disregard the voters' pick, no result has ever been changed this way.

What's the latest from Biden?

The president-elect celebrated a quiet Thanksgiving on Thursday, as coronavirus cases in the US continue to rise.

"This year, our turkey will be smaller and the clatter of cooking a little quieter," Mr Biden and his wife Jill said in an op-ed published by CNN. "Like millions of Americans, we are temporarily letting go of the traditions we can't do safely."

"It is not a small sacrifice. These moments with our loved ones - time that's lost - can't be returned. Yet, we know it's the price of protecting each other and one we don't pay alone."

media caption"We're at war with a virus, not with one another": President-elect Biden calls on Americans to unite against Covid-19

Earlier this week, Mr Biden urged Americans to hold smaller Thanksgiving celebrations, saying that "I know that we can and will beat this virus".

Mr Biden has already announced his choice of top officials for when he takes over from Donald Trump in January and said that co-operation from the White House over the transition had been "sincere".