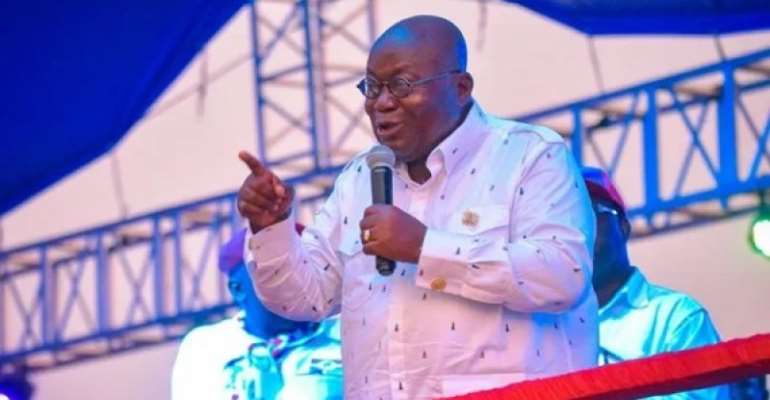 A survey by the Political Science Department of the University of Ghana (UG) has predicted a 51.7% victory for the governing New Patriotic Party’s (NPP) Nana Addo Dankwa Akufo-Addo in the upcoming general elections.

The flagbearer of the opposition National Democratic Congress (NDC), John Dramani Mahama is expected to follow with 40.4% of the vote cast.

The candidate of the Ghana Union Movement (GUM), Christian Kwabena Andrews, placed third in the survey.

According to the UG Political Science Department, they sampled 11,000 respondents nationwide for the survey.

The researchers say 80% of the respondents said they will vote based on the campaign message.

A senior lecturer at the University of Ghana’s Political Science Department, Alex Kaakyire Duku Frempong in leading the presentation said about 3.7% Ghanaians are still undecided.

He thus urged politicians to look for such persons and sell their campaign messages to them.

“The respondents who said they were going to vote based on sound campaign message, their preferred choices were NPP’s Akufo-Addo 52.5 and followed by the NDC’s John Mahama 40.9. GUM’s Christian Kwabena Andrews got 1.3 but what is more important is that 3.7 percent of Ghanaians have not decided.”