Confusion over candidacy of Agyeman-Rawlings in Ghana presidential race 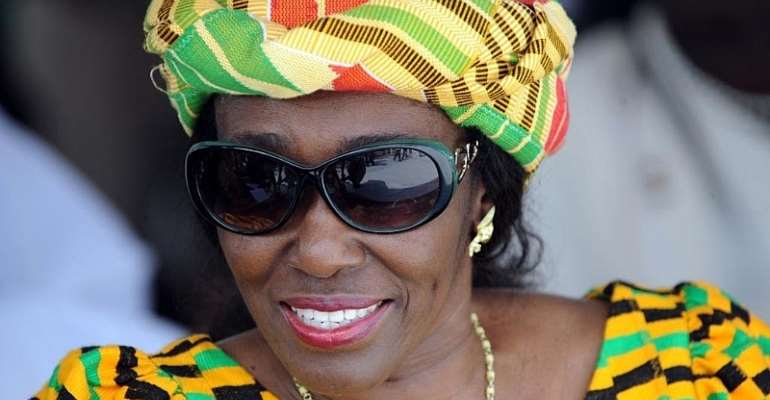 Officials of Ghana's National Democratic Party have condemned as "fake news" the announcement of the withdrawal of party flag bearer, Nana Konadu Agyeman-Rawlings, from next month's presidential election.

The announcement of the alleged decision by the widow of Ghana's first president Jerry Rawlings to withdraw from the contest was reported earlier this week by two major media platforms in Ghana, and reposted by several others.

In the wake of ex-president Rawlings' death on 12 November, an Accra-based radio station linked to the National Democratic Congress (NDC), carried the following announcement:

“The flag bearer of the National Democratic Party, Nana Konadu Agyeman-Rawlings, has pulled out of the 2020 presidential elections. The last-minute decision is linked to the demise of Konadu's husband, ex-president Jerry John Rawlings, who died two weeks ago. Reports say the NDP leader has informed the Electoral Commission of her decision."

Addressing journalists in the capital Accra, Mohammed Frimpong, NDP National Secretary suggested the announcement was motivated by the NDC's desperation to salvage the dying political fortunes of its own flag bearer, John Dramani Mahama.

Frimpong stressed that the NDP candidate “has not indicated a decision to pull out and has not informed the Electoral Commission” as claimed by the false report.

The announcement is the “latest of the lies heaped by the NDC on the Rawlings family over the last decade,” said Mohammed Frimpong.

Though he admitted he had not yet spoken to Agyeman-Rawlings, Frimpong dismissed the news of her withdrawal as a “diversion tactic” intended to prevent the NDP from winning the presidential race on 7 December.

“The question you should be asking is this: Why is the NDC panicking now over the candidacy of Nana Konadu Agyeman-Rawlings? Why are they afraid now?

"It is the ghost of their own misdeeds and marred treatment of the Rawlings and the due reward that awaits them on 7 December, which is haunting the NDC.”

Mrs Konadu Agyeman-Rawlings is one of twelve candidates cleared by Ghana's Electoral Commission to contest the 2020 presidential election.

Until the demise of her husband, the NDP leader had campaigned vigorously. Agyeman-Rawlings is contesting the presidency for the second time, having been defeated in 2016.

Rawlings and the NDC

The relationship has been strained between party founder and former president Rawlings and his party over the last 16 years. There was a sharp and growing misunderstanding between Rawlings, one-term president John Dramani Mahama, and the national executive of the party.

Rawlings widely criticised the erstwhile Mahama administration, citing corruption and the absence of accountability to Ghanaians. The former president was consistently critical of the NDC, calling its youthful members “babies with sharp teeth”.

Before his demise on 12 November, Rawlings was seen to be living in harmony with the ruling New Patriotic Party, to the detriment of the NDC.

A Book of Condolences has been opened at the Accra Conference Centre and has been signed by dignitaries, including the United Nations' Deputy Secretary General, Amina J. Mohammed, and members of the ECOWAS/AU Pre-Election Mission.

The NDC party held a vigil in honour of the founder which was attended by the children of the late president and sympathisers.